Skip to content
Politics The Northern Westchester Examiner
January 1, 2021February 24, 2022 Rick Pezzullo Ossining, Ossining Village Board
We are part of The Trust Project 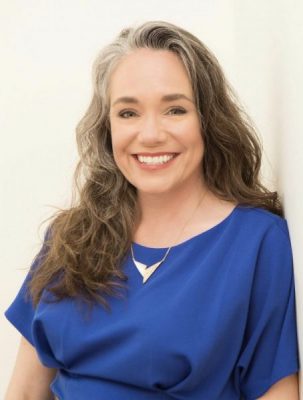 Village of Ossining Mayor Victoria Gearity reflected last week on her six years at the helm, stressing she was “proud to have honored the courage of my convictions.”

“The votes we cast are among an elected official’s most enduring legacies,” she stated in the last of her Mayor’s Messages to the community. “Whether or not you liked my position on a given issue, you knew where I stood. My position was well-informed and reflected what I believed was in the best interest of the community, regardless of whether it was politically expedient.”

Gearity, who served two years as a trustee before unseating William Hanauer in 2014, opted not to seek a fourth term in 2020.

“Being mayor has been the journey of a lifetime. I fought hard to earn and keep the seat, and that has helped me appreciate the honor of serving as your mayor,” Gearity wrote. “Being mayor means many things. Cutting ribbons, walking in parades, officiating weddings, acknowledging milestones, bearing witness, being a role model, advocating justice, celebrating the arts, honoring heroes, supporting entrepreneurs, learning history, protecting the environment, inspiring young voices, visiting classrooms and nursing homes, and noticing the everyday beauty that makes Ossining special.”

“These actions build a stronger community,” she added. “All mayors perform these duties, and in doing so, we can’t help but feel great love for the people we serve. I am grateful for the opportunity to know Ossining in this most special way.”

Gearity stated among the notable accomplishments under her watch were a stronger and more efficient municipal government, a more vibrant local business community, and a new standard of communication.

“I challenged my colleagues to address our high effective tax burden by freezing, and then lowering, the village tax rate. This approach was previously unheard of, but I hope it will become a new starting point each budget session,” she stated. “Bureaucracies are not known for being cutting edge. It took years of leading by example, and bringing on new staff, to shift the municipal mindset on outreach. We know connect with thousands of residents each week through a rich combination of communication tools, and regularly engage a diversity of community stakeholders.”

“I have indulged my intellectual curiosity to develop a deep understanding about land use, municipal budgets, public infrastructure, and municipal government structure,” she continued. “When an elected official does not have either the time, capability or inclination to become well-educated about a topic, their decision-making is dependent on either the advice of staff or chatter from a handful of vocal community members.”

During the last Village Board meeting Gearity led on December 16, staff, family and other elected officials paid tribute to Gearity. She was presented on Zoom with a crystal gavel from her board colleagues.

Trustee Rika Levin, who ran unopposed in November and will succeed Gearity as mayor on January 1, praised Gearity, remarking, “Your tenacity, perseverance, work ethic and passion for the community are second to none. You made a lot of change.”

Gearity, who was unsuccessful at her last meeting in trying to convince the board to change the village seal, offered some unsolicited advice to future leaders.

“Walk every block of Ossining. It’s the best way to understand every neighborhood, learn local history, and connect with residents on their turf,” she said. “Make well-informed decisions on controversial issues in the interest of the community, and then stand for what you believe in regardless of whether you ruffle feathers, or even lose friends; and if you aren’t failing sometimes, you aren’t trying hard enough to accomplish anything worthwhile.”

“Serving in elected office is not a thankless job. People thank me for my service all the time,” Gearity added. “Not all feedback is gracious, particularly on social media. Still, being mayor has been one of the most rewarding experiences of my life. If it paid a living wage, I may never want to leave.”

Meanwhile, Gearity announced her next venture. She will be working as Director of Constituent Services for newly elected State Senator Elijah Reichlin-Melnick in the 38th Senate District. Her main office will be a 2 Church Street in Ossining.

“Elijah is well prepared for the job having worked for a senator in a neighboring district, plus early career experience as a teacher, and recent service as village trustee in his hometown of Nyack. He’s a quick study, and is up to speed on Ossining’s priorities for Albany,” Gearity stated. “I am excited for the opportunity to continue to serve the public in this new way.”