Skip to content
Arts & Entertainment Education The Examiner
November 19, 2021February 22, 2022 Martin Wilbur Armonk
We are part of The Trust Project

Theresa Perna wasn’t planning on becoming a children’s author at her stage in life.

The 33-year Armonk resident who had been a teacher for 40 years answered the pleas of her four adult children, particularly her youngest, to write a story that happened decades ago.

The result was “Robbie Robin,” based on the true story of a baby bird that had fallen out of its nest on a friend’s farm in upstate New York that Perna and her family frequently visited and stayed at. With illustrations by Kayla Medina, it details how they nursed the young bird back to health so it could grow up to be independent.

“I did this as a gift to my children and grandchildren because they wanted that story to be put into book form and I thought it was good,” said Perna, 82. “My work only took me a short time but because of the pandemic and trying to get a publisher, trying to get an illustrator, that was a little bit difficult.”

Two years after agreeing to her family’s wishes, Mascot Books released “Robbie Robin” on Nov. 2. Its target audience is children six to 10 years old, although Perna weaves in scientific facts that she had researched on how to feed and care for a young bird and how to cope with happiness and loss.

But the story is one that would resonate with almost anyone who is old enough to read. Perna said she has a friend who’s 66 who loved it.

“I’m happy about the positive response to it,” she said. “My main teaching experience was in early childhood and also in elementary school and so that was my focus when I did my book.”

While her family’s interaction with the bird lasted no more than three weeks, all these years later the experience continues to make a vivid impression. Her three oldest children were 12, 11 and seven years old at the time.

However, Perna said writing a book, even as recently as two years ago, was not something that she was keen on doing. She was apprehensive on trying to embark on a project where she had no prior experience. Perna surmised that it was her fear of rejection, but thought since her children were so adamant that she would give it a try.

Interestingly, it was her youngest child, not even born at the time, who was perhaps the most enthusiastic about her getting the story into print. He has a friend who is a children’s author, who they called on for assistance in progressing “Robbie Robin” from concept to reality.

“It made for a really nice story about nurturing and taking care of something besides yourself and I thought it was a good children’s story,” said Perna, who was born and raised in Charlotte, N.C. before coming to New York for college.

She and her husband, Thomas, lived in Yonkers for many years before moving to Armonk. They will be celebrating their 60th wedding anniversary next year.

Despite having many other stories, Perna doesn’t anticipate there will be any more books even though “Robbie Robin” has received such positive feedback and some people have told that they can’t wait for her next work.

Instead, she will likely write her remaining stories and store them on her computer for her family’s enjoyment.

“If I was 20 years younger, I would say sure I’ll let you know when it comes out,” Perna said. “But I’m a realist. I’m strong and I’m reasonably well, but I’m going to be 83 and I don’t think I’m going to fight the real truth.”

“Robbie Robin” is available on Amazon or by ordering it through Mascot Books at https://mascotbooks.com/mascot-marketplace/buy-books/childrens/picture-books/robbie-robin/ 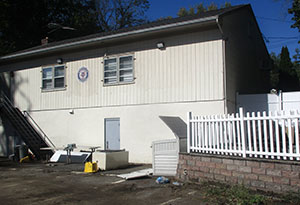 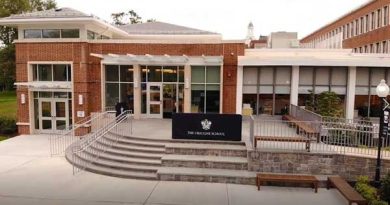