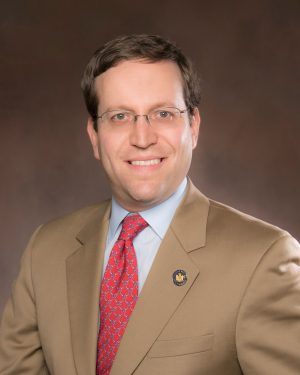 Assemblyman David Buchwald became the second Democrat to officially enter the race for the 17th Congressional District on Sunday.

Assemblyman David Buchwald officially became the second Democrat to announce his candidacy for the 17th Congressional District on Sunday, ready to pursue the seat Rep. Nita Lowey will be retiring from at the end of next year.

Buchwald, 40, in his fourth term representing the 93rd Assembly District, acknowledged in his announcement video that it will be a battle to win the nomination and the seat, but that he is prepared for the challenge.

“This won’t be an easy election but I’ve never shied away from a fight,” said Buchwald, a White Plains resident and a tax attorney. “I ran against an incumbent Republican assemblyman and I won.”

He joins Rockland County’s Mondaire Jones as the two officially announced Democrats who have entered the race. Jones, 32, a lawyer who would become the first openly black gay member of Congress if he was elected, joined the fray in July.

Billing himself as “a proud progressive,” Buchwald noted his push for stronger ethics and environmental laws in Albany, co-sponsoring the Reproductive Health Act and defending a woman’s right to choose. He also championed the fight to strip state officials of their pensions if they were convicted of a crime in connection with their post. A state constitutional amendment was approved by voters to put that into effect.

The assemblyman also wrote the law to allow Congress to obtain a person’s New York State tax returns, a measure that President Donald Trump is suing to overturn.

“These are challenging times,” said Buchwald. “We can never replace Nita Lowey, but we can send someone to Washington with her integrity, progressive spirit and true-blue Democratic values to take on Donald Trump and make Washington work again.”

On Friday, Westchester’s Democratic Chairman Reginald Lafayette said Buchwald and Jones are the only two Democrats he has had conversations with about running for the seat, although it is likely others may announce their candidacy in both major parties.

He characterized the likelihood of a widely reported candidacy by Chelsea Clinton as very premature at this point.

“I haven’t heard from Chelsea Clinton or anyone on her behalf or her family members,” Lafayette said. “I will tell you, on my word, I have not spoken to anyone (about her). The only time I hear her name mentioned is from the press.”

There has been recurring speculation that the former first daughter would run for the seat when Lowey, who has represented the area for the last 31 years, was ready to retire. Bill and Hillary Clinton had bought the house next to their Old House Lane residence in Chappaqua about three years ago, fueling much of the talk.

At this point, there have been no Republicans who have officially declared their candidacies for the race.