Completion of The Overture at Brookfield Commons is the second phase of a multiphase redevelopment plan for the former 9.3-acre Winbrook Houses complex at 141 S. Lexington Avenue. The first phase, a 104-unit building called The Prelude constructed on nearby open space, opened in 2016.

Of the 129 units that is part of the nine-story The Overture, featuring apartment sizes ranging from one to four bedrooms, 90 former Winbrook residents moved into the sparkling new quarters earlier this year.

Mayor Tom Roach said the city’s steadfast commitment to creating not just additional affordable housing but quality projects that its residents can be proud to call home helped make the project a reality.

“I’m proud to be in a city, and so are the council members, who view this as vital to who we are as a community,” Roach said. “This is a city where everyone should be able to live and we want to make sure that continues to happen.”

The $64 million project was paid for through a variety of sources. New York State provided financing for the development, which included $15.3 million in permanent tax-exempt bonds. Federal and state low-income housing tax credits generated $26.3 million in equity along with an additional $16.6 million in subsidies from New York State Homes and Community Renewal, the state’s affordable housing agency.

The City of White Plains contributed $1 million to the project from its Affordable Housing Assistance Fund. Private investment rounded out the funding.

Thomas Brown, vice president of development for Trinity Financial, Inc., the company that built the project and specializes in developing multifamily housing in the Northeast, said the city government and the White Plains Housing Authority have been devising a Master Plan for the site, which is likely to include another three or four phases that would see at least 700 units built.

Eventually, all of the 450 units at Winbrook will be replaced. A committee of Winbrook residents, city representatives and community stakeholders provided input, which helped guide the project’s design, Brown said.

“This new Master Plan will not only create high-quality housing with sustainable design but it will also provide non-residential services, amenities for health and activity, play areas and more for the residents and the community,” Brown said.

Each unit is equipped with a dishwasher and a microwave and a storage closet. The three- and four-bedroom units have two bathrooms.

Among the other amenities are a laundry room on every floor, a fitness room with equipment, a 2,000-square-foot ground-floor community space and an outdoor terrace with seating and a tenant lounge on the top level. The lobby has murals that were commissioned by ArtsWestchester.

Former Winbrook resident Sheron Mitchell, a manager of after-school programs at the YWCA in White Plains, spoke enthusiastically of the new building. He said The Overture was more than what he expected.

He also praised White Plains’ commitment to affordable housing, which has allowed him to raise his son and daughter while also being able to save money.

The city and the Housing Authority was able to move the 90 Winbrook households to the new building without displacing a single family, said Denise Brooks-Jones, executive director of the authority.

“We promised that no residents would be displaced with this transformation and we kept our promise,” Brooks-Jones said.

This building contains 40 one-bedroom apartments, 63 two-bedroom units and 23 with three bedrooms. There are also two four-bedroom apartments on the ground floor and a unit to house the superintendent, The building has 77 parking spaces.

Councilwoman Nadine Hunt-Robinson said the willingness on the part of White Plains to embrace affordable housing has made this project and future projects attainable. The city also integrates its schools and welcomes a wide assortment of people into the community.

“No matter where you come from, there’s a space for you here in White Plains,” Hunt-Robinson said. 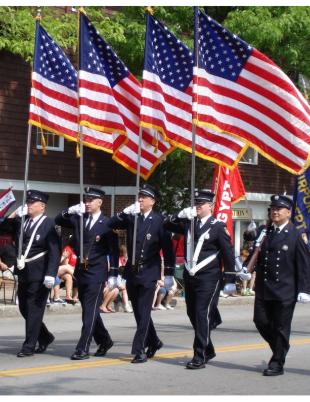