The Town of Somers has received a $100K state grant for the design and installation of an upgraded HVAC system in its Town House building, more commonly known as the Elephant Hotel.

“For the benefit of our municipal employees and residents alike, it is best to update and revamp well-used infrastructure and shared facilities whenever possible, of which a new HVAC system for the Somers Town House, one of Westchester’s most important historical buildings, is a great example,” said State Senator Pete Harckham. “I am pleased to be able to help support the town in this initiative while also alleviating some of the tax burden that the project’s costs would have created.”

Completed in 1825, the Elephant Hotel was built by Hachaliah Bailey, a prominent American circus operator. The town purchased the hotel and adapted it for use as a town hall in 1927. The first two floors house the town’s office and meeting rooms, and the third floor is used by the Somers Historical Society and Museum. The building was designated a National Historic Landmark in 2005.

Currently, the Somers Town House uses an oil-fired central boiler for heat and hot water. Air conditioning is provided by 12 window-mounted units in offices and a central A/C unit for the large, 1,600-square-foot meeting room. This mix of HVAC technologies is inefficient and does not allow for building occupants to have sufficient temperature control in their workspaces.

The new HVAC system will utilize a state-of-the-art variable refrigerant flow (VRF) air source heat exchanger and an array of interior air handlers. With the amount of refrigerant controlled as it moves to the evaporators and through the handlers, separate configurations can be constructed that allow simultaneous heating and cooling in different work areas and effectuate individualized temperate control. The existing boiler will remain in place to provide auxiliary as necessary.

The design of the project has been completed and work began this past month. The cost for the entire HVAC project is expected to be $154,000.

“The Town of Somers is very grateful for the support from the Senator’s office.,” said Somers Supervisor Robert Scorrano. “This grant will help preserve and upgrade one of New York’s historical landmarks.”

The awarded grant funding was secured within the State and Municipal Facilities Program (SAM), which is among the grant programs administered by the Dormitory Authority of the State of New York (DASNY) to support community and economic development. 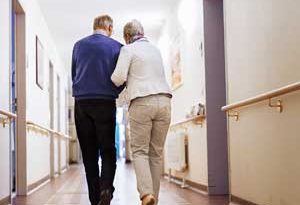 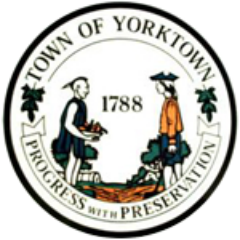