The North Castle Planning Board opened its public hearing for the proposed luxury condo project at The Summit Club last week, having made several relatively minor revisions based on the board’s recent feedback.

The residential project on a portion of the 156-acre site on Bedford Road in Armonk, formerly known as the Brynwood Golf & Country Club, and before that the Canyon Club, will contain 72 condos, an amenities building for the residents, tennis courts and parking. The reconfigured golf course reopened last summer.

Modifications include eliminating a seventh residential structure and its accompanying roadway leading to the building, relocating the proposed parking area to remove portions of it from the 100-foot wetlands buffer in front of the property and moving the tennis courts so they are closer to the residences, said Mark Weingarten, the attorney representing The Summit Club.

A practice green, which had been originally proposed near the amenities building, has also been eliminated because it encroached into the buffer as well, he said.

“We believe the site plan is now much improved, it’s worthy of the best-in-class luxury golf course experience, which is envisioned by the owners, and we look forward to the public comment on this as we look to now make this a reality and look to build the 72 residences so we can get this project going,” Weingarten said.

The revisions reduced the number of residential buildings from seven to six structures, with one less unit than the originally planned 73 condos. The applicant is obligated to build seven affordable units, which it has included in the plans, although it is hoped that those units can be moved off site and to another location in Armonk, Weingarten said.

If the affordable units are relocated, then there would be 72 market-rate condos on the property and The Summit Club would then provide eight affordable units at an off-site location to satisfy the town’s 10 percent affordable housing requirement, Weingarten said.

“You’re just approved units on paper, and when the applicant finds a location to put the AFFH (units), that’ll come before you,” he said.

There were no speakers during the hearing, although Board Chairman Christopher Carthy read one letter into the record from a resident concerned about the potential harm that the use of pesticides on the golf course could cause. Evergreen Row resident Linda Sage asked whether anyone who would live in the condominiums on the site would feel safe knowing that the residences’ water source would come from the wells on the property.

Finding adequate water has been a major issue for the applicant after the club was unable to find the proper flow when it drilled in test pits near the Windmill Club, across Route 22 from The Summit Club site.

Weingarten responded that The Summit Club takes the water issue seriously, but that there is no evidence there would be a safety issue.

“It’s part of the (town) water system, it’s a public system and subject to all of the regulations by the Department of Health, by the DEC, that all other public systems do, so we don’t have those concerns,” Weingarten said.

Director of Planning Adam Kaufman said the hearing must remain open because the town has yet to receive all the details regarding the water system and how that would successfully function.

Weingarten said the water report, which has yet to be forwarded to the town, revealed that quantity and quality of the water supply would not pose a problem. He said his client understands that the site plan review cannot be completed until the town signs off on the water system.

“It was all, as we understand it, good information,” Weingarten said. “We have the quantities we need. The report has all been given to your consultant.”

The hearing was adjourned and will reconvene on an unspecified date. 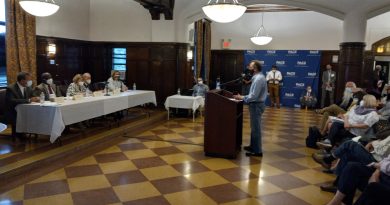 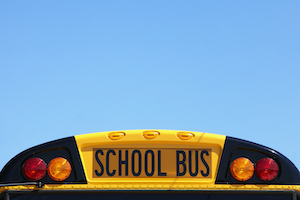