Government The Examiner
February 7, 2022May 4, 2022 Martin Wilbur Armonk, North Castle
We are part of The Trust Project

Representatives for the Summit Club presented to the board and the town’s Planning Department recently their updated drawings showing the elimination of a seventh residential building, which originally was designed to house the project’s seven affordable units. Those units have now been integrated within the six remaining buildings, said the applicant’s attorney Mark Weingarten.

Weingarten said his clients still hope to find another location for the affordable units.

“Just to make it clear, it is still our intention that these units be located off-site. We need permission for that,” he said. “That is our plan but in the event that cannot be met, we’ll be putting them now in the existing six structures you see before you.”

The Summit Club also plans to get its water for the units from wells on its 156-acre property on Bedford Road and have its own sewage treatment plant. Water supply for the residences has been a key stumbling block for the project. Initially, The Summit Club had agreed to join North Castle’s Water District #2, which would have reduced costs for Windmill Farm residents, most notably for infrastructure upgrades completed on that system several years back.

However, the 100-gallon-a-minute requirement that had been set by the town for The Summit Club’s residences was unable to be reached when drilling near Windmill’s well field. Windmill residents were concerned that the applicant might try to comingle water from underneath the golf course with District #2 water, potentially drawing down or contaminating their supply.

“I think we’re there, basically,” said Adam Kaufman, the town’s director of planning at the Jan. 24 Planning Board meeting. “We need the details of the water system finalized, we need to understand what’s happening in terms of the sewage treatment plant, but in terms of the layout of these buildings, what they look like, where these roads are going, I’m fairly satisfied.”

The applicant’s representatives sought to have the board schedule the public hearing for the site plan review, but Town Attorney Roland Baroni recommended holding off until at least the water plans are submitted to Director of Water & Sewer Sal Misiti.

The applicant must also receive approval from the Westchester County Department of Health for those plans.

There are other issues that must be finalized at future meetings. Weingarten said the separate amenities building that had been planned has been eliminated and the clubhouse building will be on the golf course lot. The site plan that was discussed at the most recent meeting only dealt with the residential lot, he said.

Another matter that will need to be addressed are the quantity and size of cottages with hotel-type accommodations which are proposed near the fairway for the 9th hole. Jeffrey Mendell, one of The Summit Club’s managing partners, said 10 four-bedroom cottages have been proposed to accommodate golfers who come to the club for a weekend to play in foursomes. Previously, there were 20 smaller cottages proposed.

The two sides must also agree on the landscaping in a roughly 30-foot buffer area between Route 22 and the property line.

There could be as many as 600 members for the golf club, although that number may have to be revised downward if parking counts cannot sustain that attendance. 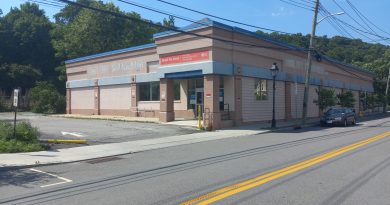 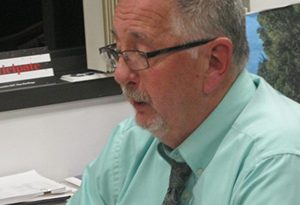