Skip to content
Government The Examiner
June 2, 2021February 23, 2022 Martin Wilbur North Castle
We are part of The Trust Project

Several North Castle residents last week criticized a town proposal to allow music for outdoor dining, forcing the Town Board to eliminate that provision before amending its regulations.

With the increasing popularity of outdoor dining once restaurants were allowed to reopen after the onset of the COVID-19 pandemic last year, the board has been looking to revise its regulations to help the establishments attract customers but balance its impact on the community.

Revisions included requiring restaurants to obtain a yearly permit for outdoor dining; allowing it from Apr. 1 through Jan. 2 to keep it a seasonal amenity so it won’t impact capacity limits or parking; furniture must be brought in overnight; and there can be no outdoor lighting other than candles. Restaurants could also remain open until midnight.

However, it was the potential disturbance from music that received all of the attention.

North White Plains resident Ed Lobermann was one of several speakers to object, pointing out there are about 10 restaurants in his area of town. If those establishments allow even recorded music to be played outside, it would have the potential to negatively impact residents’ quality of life.

“Every single one of these locations is contiguous to a residential neighborhood,” Lobermann said. “Why would you jeopardize the peace and quality of life of these neighboring residents for a very small financial benefit for a limited number of restaurants requesting this proposed legislation?”

Furthermore, the proposal referred to unacceptable noise as objectionable but failed to define how much of a disturbance would rise to that level, he said.

Even background music for some residents could be considered objectionable for some, said Nora Kans Manuele, another North White Plains resident.

She said with the likelihood of crowds dining out on weekends, residents’ lives would probably be upended during the evenings from Thursday through Saturday and possibly Sunday with music.

Additionally, Manuele mentioned that since any complaints would likely be lodged in the evening when the Building Department is closed, contacting the police for nuisance or quality-of-life complaints seems like an inappropriate use of their time.

“I just think it adds a lot of negativity and anxiousness that’s not necessary,” Manuele said.

Armonk resident Joe Laporta, who lives near Main Street restaurant Casa Tequila, said when that establishment has indoor music it is disturbing enough.

“While I understand and agree with the goals and objectives of this potential code modification during these challenging times, I’m hoping there can be exceptions made for specific locations that have a long history of complaints,” Laporta said.

After also hearing from other residents via e-mail, board members promptly removed outdoor music of any kind from the proposal. Councilwoman Barbara DiGiacinto said that people already enjoy outdoor dining without music or entertainment.

An overwhelming number of restaurants in town near residences, she added.

“I feel very strongly that we, I, can support this entire legislation except (for) live or recorded music outside,” said Councilwoman Barbara DiGiacinto. “I do think it’s a quality-of-life issue.”

Councilman Saleem Hussain said it was apparent that with nearly every comment focusing in on the issue of outdoor music, it’s something the board had to address.

“It’s very clear to me that we really should start going in the direction that you all are saying we should go,” he said. 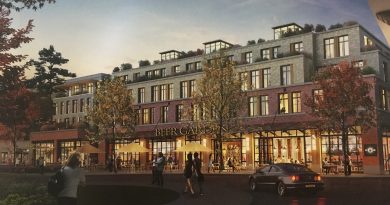