Mayer, who last week supported having the state attorney general’s investigation run its course in the growing scandal, called the latest accusation “the last straw” of “deeply disturbing pattern of women alleging sexual harassment” by Cuomo.

“I do not see how the State of New York can be led during this crisis by this Governor,” Mayer said. “We have a state budget due in 20 days, and critical decisions to be made regarding education, economic recovery and pandemic relief. The Governor’s actions have undermined his ability to lead, and he must resign.”

A former aide at the Executive Mansion came forward on Tuesday to detail accounts of harassment, including groping. Cuomo again denied the allegation and maintained he would not resign.

Mayer said that the collective weight of the allegations of withholding information on the nursing home and the latest controversy, skirting construction safety on the Gov. Mario M. Cuomo Bridge makes his departure imperative, she said.

“This turbulent time for the Executive Chamber continues to cause undue disruption for New Yorkers as we work toward COVID recovery and an on-time and balanced state budget, including allocation of the federal aid expected under the American Rescue Plan Act,” Mayer said. “I remain focused on ensuring New York State and our community recovers from the devastation of the COVID-19 pandemic and its economic fallout.”

Mayer becomes the latest local Democratic lawmaker to call for Cuomo’s resignation. On Sunday Senate Majority Leader Andrea Stewart-Cousins (D-Yonkers) dropped a bombshell calling for the need for the governor to step down “a must.” Last week, Assemblyman Thomas Abinanti (D-Pleasantville), a frequent Cuomo critic, was the first local legislator to take that position.

Mayer said she saluted the courage of the women who have come forward to speak out about sexual harassment in the workplace.

“Their voices must be heard and taken seriously,” she said “The Governor’s ‘apology’ to date is insufficient and legally irrelevant to the charge of sexual harassment at work. 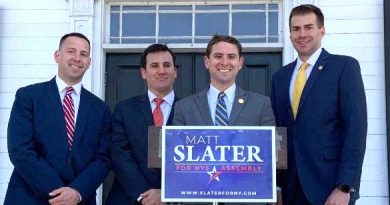