Branded Content The White Plains Examiner
May 25, 2022November 23, 2022 Examiner Media
We are part of The Trust Project

Debbie Cohen-Bahl wakes up at 6:45am each weekday morning and helps usher her three children out of the house and on their way to school. She takes a light hand with them – fully in-tune with teenagers’ need for independence – but by 8:45am, she’s immersed in the world of preschoolers and all the silly and messy fun that comes with them.

Cohen-Bahl is the on-site director at the JCC Mid-Westchester (JCCMW) Nursery School at White Plains – the first-ever additional location for JCCMW’s highly regarded early education program – which is preparing for its inaugural year beginning this September. The added school site, located in a private space within the Temple Israel Center (TIC) on Mamaroneck Road, has classrooms at the ready for two-, three- and -four-year old students.

The expansion has been nearly a year in the making – the result of careful planning and persistence on the part of JCCMW, which has seen demand for its preschool programming steadily climb. The pandemic sharply escalated this trend as COVID and flexible work options spurred families to leave New York City for the Westchester suburbs. Many such families have struggled to find preschool openings in their new communities. Fortunately, the JCCMW recognized this growing demand and created additional capacity at JCCMW Nursery School at White Plains. Applications are still being accepted.

“We made the conscious decision to grow our capacity with the understanding that complexities today don’t allow all parents to make decisions about their children’s early education following the same time table,” said Cohen-Bahl, who brings strong education credentials and experience to her work at JCCMW. “We want the opportunity to help such families – regardless of their circumstances – and provide their kids a nurturing and supportive head start.”

The JCCMW has long served as a resource for parents of young children. It first opened its Nursery School in 1992 at its building at 999 Wilmot Road, on the border of Scarsdale and New Rochelle. Since then, that program has helped set a community standard for best-in-class early childhood education, complete with trained and caring staff; morning and full-day scheduling options; and a focus on social and cognitive growth. As an extension of this original program, the JCCMW Nursery School at White Plains is using its same, proven Get Set for School® curriculum, part of Learning without Tears™, designed to get young students singing, dancing, coloring, building and exploring as they develop age-appropriate knowledge that sets them up for long-term educational success.

“Play-based learning is essential during the formative preschool years,” said Caryn Symons, long-time director of the JCCMW Nursery School. “Data continues to show that programs like those at JCCMW with well-trained teachers and a commitment to evidence-based practices help children thrive not just in Kindergarten but all throughout their young lives.”

More information about the JCCMW Nursery School at White Plains can be found online at https://jccmw.org/nursery/. 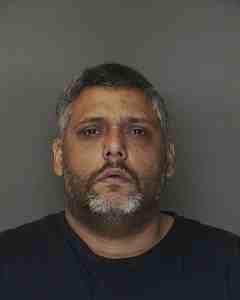 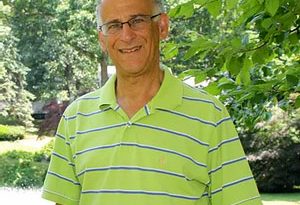