A plan to run a high-voltage cable from upstate to New York City to help New York State drastically cut carbon emissions has Cortlandt officials deeply troubled about the safety of their community.

The $11 billion clean energy initiative Clean Path NY project would construct 175 miles of underground and underwater high-voltage cable starting in Delaware County and may pass through Lents Cove in Buchanan on its way southward to its termination point in Queens.

“This is unacceptable,” Cortlandt Supervisor Richard Becker said at the July 19 Town Board meeting. “We are going to fight this one.”

Becker cited the close proximity of the planned cable to the underground Algonquin gas pipeline and the massive amounts of radioactive spent fuel rods at the decommissioned Indian Point Nuclear Power Plant. He warned of the combined risk of three major energy sources traversing the same territory.

Clean Path NY is a partnership with the New York Power Authority (NYPA), Invenergy, which develops, owns and operates power generation utilities, and energyRe. In a recent meeting with NYPA Director Anthony Hill and Matt Powers, director of community affairs at Invenergy, Becker said he objected to bringing the cable out of the Hudson River at Lents Cove.

“Clean Path was insistent that the cable had to come out at Lents Cove,” he said. “They told me ‘Too bad, we’re big New York State with $11 billion behind us. You’re not going to stop it.’”

The exchange prompted Becker to write a letter to Powers and Hill detailing the town’s safety concerns for communities that would be impacted if the cable surfaced at Lent’s Cove. He made it clear that the Town of Cortlandt was tired of “repeatedly being excessively identified as a site for projects involving energy.”

Becker suggested an alternative site would be to land the cable at Roa Hook, just north of Peekskill and closer to Annsville Circle.

“Roa Hook is close by and provides better access to state roads under which the cable can travel,” Becker wrote to NYPA and Invenergy. “I have no doubt that your highly skilled engineering team can come up with alternative sites.”

The 1,300-megawatt line, which would carry electricity generated from solar and wind, would end at the southern converter station in the Astoria Energy Complex in Queens.

“We are very, very early in the process and we are seeking feedback from communities,” she said.

The Clean Path NY Landfall 2 Study Area map includes Lents Cove. When asked about safety concerns of running a high-voltage cable line near Indian Point, Varghese said there were safety code requirements the project would have to meet to be approved by the state.

“All major transmission facilities in New York State must meet New York State Public Service Law requirements, including compliance with all safety codes, before constructing any such facility,” Varghese said.

She didn’t comment on alternative sites such as Roa Hook for the cable landing, which is not included on the Landfall 2 Study Area map.

Another concern is the long-term road construction to bury the landed cable underground in the state Department of Transportation (DOT) rights-of-way, including routes 9 and 9A running south to Ossining where it will re-enter the Hudson River.

“They haven’t done their public outreach,” Becker said. “And there’s not a great awareness of this (project) yet.

Clean Path NY has scheduled public information open houses throughout the state, which started last month. The next local open house is this Tuesday, July 26 at the Ossining Public Library, located at 53 Croton Ave. in Ossining. The first session is from 10:30 a.m. to 12:30 p.m. while the second session is from 5 to 7 p.m.

This is the state’s first renewable energy and transmission project aimed at reducing dependency on electricity produced by fossil fuels by reducing the use of oil and gas-fired fossil fuel plants.

Additional funds will be invested in economic development by creating more than 8,000 jobs and making investments in disadvantaged communities. The goal is to produce 70 percent of the state’s electricity from renewable sources by 2030, then transitioning to zero carbon-emission electricity use by 2040.

Construction is expected to begin in 2024 if all required permits and approvals are met. The project could be completed as early as 2027, producing 7.5 million megawatt-hours of emissions-free energy.

Becker said the town isn’t opposed to the project but against bringing the cable into a sensitive area.

To learn more about the project, visit www.cleanpathny.com. 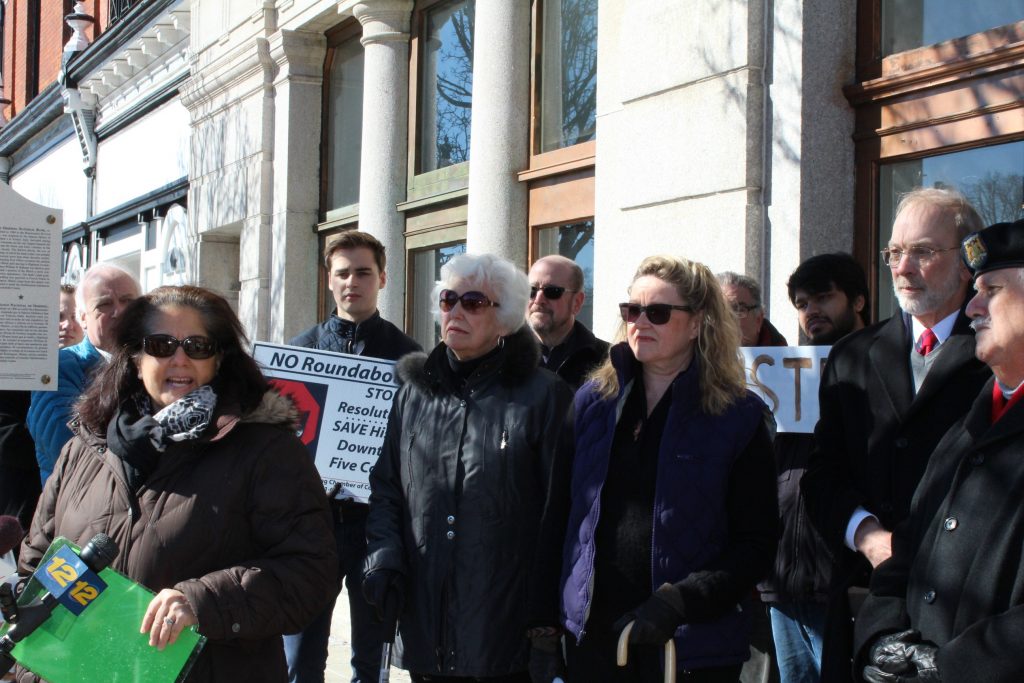