A new era in Cortlandt government was ushered in Sunday as Dr. Richard Becker was officially sworn-in as town supervisor.

During a COVID-19 affected ceremony at Cortlandt Town Hall that limited the number of in-person attendees, Becker, a cardiologist who has been on the Town Board since 2007, took the oath of office from Town Attorney Thomas Wood.

“It’s an honor to assume this position. I feel ready and I’m excited,” Becker said. “It’s going to be a great year. We’re off and running.”

Becker handily defeated Laurie Ryan on Nov. 3 for the right to succeed Supervisor Linda Puglisi, who retired after 30 years running the town.

“You have very big shoes to fill, but you are more than capable,” said Westchester County Legislator Colin Smith, one of several regional elected officials who appeared via Zoom to wish Becker and the other Cortlandt officials elected well in their new terms. “You have the best interests of Cortlandt at heart. Cortlandt will be well-served by you at the helm.”

“It’s a long time since we have sworn-in a new supervisor in Cortlandt,” Schumer said. “Rich (Becker) is a Westchester guy through and through. He comes from the community. He knows it, he loves it, he breathes it. It’s a great day in a lot of ways.”

Cortlandt Councilman James Creighton was sworn-in for a second four-year term, while Cristin Jacoby, a former Zoning Board of Appeals member, was elected to her first term.

“This didn’t happen with a snap of the fingers. We worked hard. We cared,” Creighton said. “This town is something that we truly love. Thanks to Supervisor Puglisi for setting the base for us.”

Jacoby, a married mother of two children, said she often thought about running for various elected offices during her youth.

“I wanted to grow up and change everything I thought was wrong with the world,” said Jacoby, who has a public finance background and majored in political science in college. “I like to solve problems. I hope I make the Town of Cortlandt proud.”

The Democratic-dominated Town Board will start 2022 functioning with only four members until it can decide who would be the best fit to fill the unexpired seat of Becker.

Interviews for the empty board seat will take place in January and, although it is likely a Democrat will be chosen, anyone is invited to apply. Since there are two years remaining on Becker’s unexpiried council term, the individual selected will have to run in the next General Election in November and again in Nov. 2023. 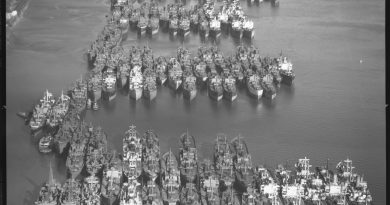 Bullying Forced Family to Take Student Out of Lakeland School