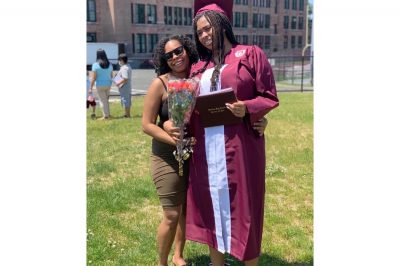 An acquaintance of an Ossining woman who was killed by an intoxicated driver traveling the wrong-way on Route 9 in Peekskill December 23 has set up a GoFundMe account to help with final expenses and establish a college fund for the two young passengers that were injured in the crash.

New York State Police said Mark Cope, 41, of Yorktown, was under the influence of alcohol when he traveled the wrong-way northbound in the southbound lanes of Route 9, in the area of Main Street, at approximately 9:10 p.m.

Cope was driving a 2018 Black Audi in the southbound lanes when he crashed into a 2020 Acura, driven by Shina McClam, 32. McClam was pronounced dead at the scene, while her six-year-old daughter and 18-year-old niece sustained serious injuries that were deemed non-life-threatening. The niece was transported to Westchester Medical Center by ambulance, while McClam’s daughter was airlifted to the Valhalla hospital for further care.

Cope was charged with first degree vehicular manslaughter, a class C felony. He was remanded to the Westchester County Jail in lieu of $100,000 cash bail or bond.

“On December 23, 2020, tragedy struck when our beloved Shina was taken from us by an intoxicated driver who hit her car head on,” Michelle Martin posted on GoFundMe. “Shina had a sweet spirit that touched all who encountered her.”

“Shina’s beautiful six-year-old daughter, Kennedy, and 18-year-old niece, Indya, were in the car with her. While they have survived the accident, they are still in the hospital recovering from their physical injuries. However, the impact of this tragedy will affect Kennedy and Indya for the rest of their lives,” Martin continued.

“Kennedy, Shina’s daughter, is facing both rehabilitation from her injuries and life without the loving presence of her mother. Indya has lost the aunt she loved and cherished.  Friends and Family have started this fund to help take care of any of Kennedy’s expenses and to start a college fund for both Kennedy and Indya. All donations will be greatly appreciated.”