Those found violating the Croton-on-Hudson face mask law could face a fine of up to $1,000, but officials say the likelihood of that happening is minimal.

After the Village Board approved an emergency face mask mandate in November, the New York State Department of Health advised that if the municipality wanted to impose its own local law then it must mirror the same stipulations enforced by the state. Officials unanimously approved two new changes to the legislation last Tuesday.

Prior to the change, violators were subject to a $100 penalty for the first infringement, and an up to a $250 fine for any subsequent issues occurring within a one-year period. Now wrongdoers will be subject to a maximum fine of $1,000 for each infraction.

The Croton-on-Hudson Police Department is responsible for enforcing the law.

Officials, who stressed they don’t agree with raising the fine and only changed the law to comply with state recommendation, said any penalties will be at the mercy of the court. Village Manager Janine King has said previously it’s unlikely village justices will impose a fine exceeding $250.

“We are raising the maximum but the actual fine will be at the discretion of the court,” Mayor Brian Pugh said at the Jan. 19 meeting. “Our preference was to set the maximum lower, but the state was adamant that we set the maximum higher.”

Another amendment to the law will now require individuals playing sports, participating in fitness classes or recreational activities to wear a mask or face covering. Police officers, fire fighters, ambulance personnel and other first responders engaged in public safety situations must also be masked.

Both were previously exempt for the law.

The board approved the emergency mask measure on Nov. 16 as COVID-19 cases were seeing significant rise in Westchester County. At that time, there were only 24 active coronavirus cases within the village, but that number neared triple digits during the holiday season.

The law requires face masks and coverings be worn on public, private, and commercial properties when unable to maintain a six-foot distance from another person who is not a member of the same household.

Residential property is exempt from the law.

Other exemptions to the law are children under the age of two or anyone who is unable to medically tolerate a face covering and drivers traveling alone or exclusively with members of their households in a car. 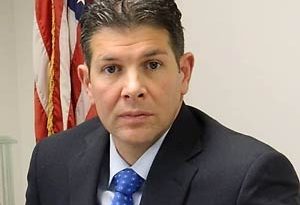 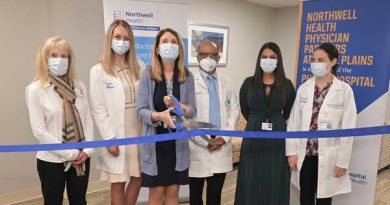