Croton-on-Hudson officials approved an emergency mandate that would require face masks or coverings be worn if the village declares a State of Emergency.

Officials indicated action was needed with COVID-19 cases rapidly rising statewide and locally. In the event of a State of Emergency, which can be declared by Village Manager Janine King, face masks and coverings must be worn on public, private and commercial properties when unable to maintain a six-foot distance from another person who is not a member of the same household.

Residential property is exempt from the law. The law would cease once the public health emergency expires, officials said.

“Literally one month ago there were zero cases within the Village of Croton-on-Hudson and now we have 13,” Mayor Brian Pugh said during the Nov. 16 Village Board meeting. “It’s an evolving situation and we have to be prepared for the worst-case scenario or adverse developments that could be coming much sooner than anyone of us would like.”

The village had 27 active coronavirus cases, with Westchester County accounting for 4,936 active cases, as of Tuesday.

Other exemptions to the law are children under the age of two or anyone who is unable to medically tolerate a face covering; drivers traveling alone or exclusively with members of their households in a car; and persons playing sports or participating in a fitness class or recreational activity who are unable to tolerate wearing a mask during physical activity.

A mask must be worn as soon as the physical activity has ended, the law states.

Additionally, individuals are not required to wear a mask or covering when eating, drinking, or seated at a restaurant. Police officers, fire fighters, ambulance personnel and other first responders are also excused from wearing a covering when engaged in an emergency.

The Croton-on-Hudson Police Department will be responsible for enforcing the law, with violators subject to an up to $100 penalty for the first violation, and an up to $250 fine for any subsequent violations occurring within a one-year period.

The law originally proposed an up to $250 fine for a first offense and $500 for continued violations, but Trustee Sherry Horowitz felt the punishment was too excessive. Officials unanimously agreed to make the change.

While Gov. Andrew Cuomo already has an executive order imploring folks to wear face masks, Pugh said it benefits the village to have its own law with specific regulations and fines authorized. New Castle and Yorktown also have emergency mask mandates in place.

“I think there is something to be said for the transparency of having a law or the rules the village is enforcing be recorded in the code,” Pugh said. “Also, I think just making clear that the village stands ready to enforce this if necessary and that the board and the village government are going to do what it takes to make sure precautions are being taken in this environment.”

Peekskill Elected Officials to Get First Raises in 17 Years 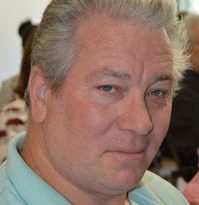