For most, the day before Christmas is a time to fetch any last-minute gifts or bring home food items from the store and prepare for the holiday.

Last Friday, Robert Tomasulo and Junior Susca were hard at work completing hundreds of “burpees,” a strenuous exercise that combines a jump, squat and pushup.

The nearly herculean efforts of Tomasulo, the owner of Level Up Strength & Conditioning in Yorktown Heights, and Susca, one of his coaches, helped raise more than $1,400 for Love Holds Life Children’s Cancer Foundation, a lower Hudson Valley-based nonprofit organization.

“It was definitely challenging but doing it for the kids kind of helps you mentally to keep pushing through, and then the community that we have here at the gym helps us even more,” said Tomasulo, who completed 600 burpees while Susca did 520. “So to have support of my gym and all the coaches and everything makes it that much easier.”

After their grueling hour-long activity, two of the families that Love Holds Life helped this holiday season arrived at the gym as part of a brief presentation. Amanda Dumont, who recently moved from Cortlandt to Newburgh, was presented with a $1,000 check as part of the foundation’s effort to help other families in need.

Then Jaya Karnani of Edgewater, N.J. came with her seven-year-old daughter Kiah and older son Zehn and received $2,500 and a gift for each child. For more than a year, Kiah has battled a rare bone cancer in her jaw, which has required doctors at Sloan Kettering’s pediatric unit to take bone from her leg. Her treatments can take up to 12 hours per visit.

“All this means the world to us, first getting to see Santa,” Karnani said. “She’s almost lost her childhood. I would wake her up at seven in the morning and I’ll say, ‘Kiah, do you want to wake up and see Santa?’ She’ll say yes because she doesn’t know what tomorrow will be. She knows that maybe tomorrow she’ll be stuck in the hospital.”

Richard Senato, who founded Love Holds Life nearly 10 years ago, said there was a third family that was helped this Christmas but they were unable to come because their son was completing treatment.

Aside from bringing joy during the holidays, Love Holds Life helps families throughout Westchester, Putnam, Dutchess, northern New Jersey and Tampa, Fla. the rest of the year, he said.

“It’s all monetary assistance that we provide families during their time of treatment, and each family we’ll help for two years,” Senato said.

Dumont, a single mother, was overcome with emotion when she learned that she would be a holiday recipient. Someone on Cortlandt Manor Moms had contacted Love Holds Life to let them know of the financial challenges she faced. It was important to have an enjoyable Christmas this year.

“They got a hold of me,” Dumont said. “I was thinking this can’t be real.”

For Tomasulo and Susca, they had agreed to do one burpee for every dollar raised at the fitness center from members who would put donations in their stockings. Then Tomasulo’s father, Joe, matched those donations through his company Madison Environmental & Tank Services in Somers.

That required Susca to do 520 burpees and 584 for Tomasulo, who decided to round it up to 600. It was tough but they each hit their number. A third coach raised additional money but wasn’t there to participate.

“I’ve never gone over 160 before,” Susca said. “At the end of the day, I kept reminding myself what I’m doing it for, for a good cause, especially when I saw these young ladies. I said, alright, I’ve got to keep going.”

An earlier version of this story incorrectly stated that Amanda Dumont’s daughter had battled cancer. The Examiner regrets the error.

The Aftermath of Irene in Northern Westchester 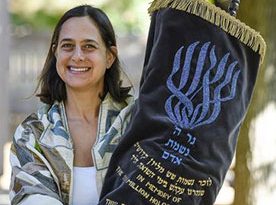