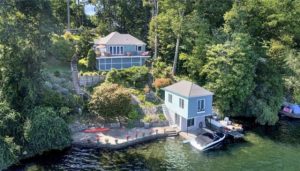 New York Yankees legend Joe Torre, who as a manager led the Bronx Bombers to four World Series championships, has sold a lake home he owned in Carmel.

Torre reportedly paid $1.1 million for the two-acre property, which included a main residence and a guest house, in 2006.

A former catcher, Torre managed the Los Angeles Dodgers for three years after leaving the Yankees. He retired in 2010 and is currently employed by Major League Baseball under Commissioner Rob Manfred, a resident of Tarrytown in Westchester.