Licari, who was remanded without bail to the Putnam County Correctional Facility immediately upon her conviction on July 15, 2021, was sentenced last week to four years in state prison, followed by five years of post-release supervision by Putnam County Court Judge Joseph J. Spofford, Jr., after being convicted of intentionally swerving her car in order to hit her sister’s boyfriend on December 19, 2019 in the Town of Patterson.

Tendy said Licari struck the victim head-on while he was walking down his driveway. The impact hurled the victim into the air and onto an adjacent front lawn. Licari then quickly drove away from the scene. Licari, who has an extensive criminal history and who was on Probation in Dutchess County at the time the crime was committed, was apprehended later that day by the Putnam County Sheriff’s Office Bureau of Criminal Investigations.

While the impact left the victim with serious injuries requiring surgery, Tendy said the victim is “very lucky to be alive.”

“This conviction ensures that the defendant will be held accountable for her actions and hopefully sends a message that crimes of violence will not be tolerated in Putnam County,” Tendy said. 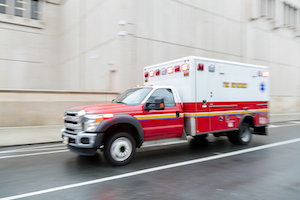