A surprising late-season run brought the Westlake baseball team to the brink of a Section One championship.

But something even more unexpected in the sectional finals brought a crushing end to the Wildcats’ title quest.

A catcher’s interference call with the bases loaded in the bottom of the eighth inning produced the winning run, lifting the Rye Neck Panthers to a 3-2 victory in the Class B championship game and sending the upstart Wildcats home from Purchase College on Saturday night frustrated and dejected.

“We just didn’t do enough and we gave away a little too much,” said Wildcats head coach John Consorti following the disappointing finish for his team. “These are close games and you can’t do that in close games. Unfortunately, we didn’t do enough to win.”

The Wildcats, seeded seventh in the tournament, had finished the regular season with six losses in their last nine games. But they ousted second-seeded North Salem and third-seeded Albertus Magnus en route to a finals matchup with the fifth-seeded Panthers. And for four innings Saturday, they were poised to force a decisive third game between the teams in the double-elimination event.

A triple off the bat of Robbie Ciliberti in the top of the second inning brought home the game’s first run and then Westlake built a 2-0 edge an inning later on Tommy Giaccone’s run-scoring double. Wildcat starting pitcher Anthony Arrichiello escaped a bases-loaded jam in the bottom of the third inning and was still working on a shutout until the Panthers scored an unearned run in the fifth to cut their deficit in half.

A one-out RBI single by Rye Neck’s Luke Murphy in the bottom of the sixth inning tied the score and set the stage for the bizarre drama yet to unfold. Arrichiello’s mound duties ended with one out in the seventh after he walked Evan Janowitz, who wound up getting all the way to third after stealing a base and then a wild pitch. But Ciliberti, the Wildcat relief pitcher, sent the game into extra innings by retiring Jake LeDonne on a called third strike.

In the top of the eighth inning, facing eighth-grader Davey Ryan in relief, the Wildcats put two runners aboard via walks before a pair of strikeouts ended the threat. The bottom of the eighth couldn’t have started any better for Westlake as Ciliberti struck out Jack Edwards and Jack DiMaggio.

But then Murphy reached on a hit to left and Ryan was hit by a pitch that frighteningly caromed off his head. A wild pitch moved both runners up a base and then a catcher’s interference call loaded the bases. The count went to 2-2 on Eli Goldman when disaster struck for Westlake. Another interference call on catcher Josh Gelman as Goldman fouled off a pitch sent home the game-winning run, leaving the Wildcats looking on in anger and astonishment at the call.

“It’s disappointing. I’ve never seen anything like that,” said Consorti. “It’s kind of stunning to end a game like that.” 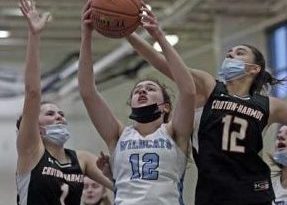 Despite a Slow Start, Westlake Earns a Win Over the Tigers 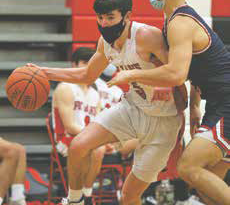