I tend to be a late adapter with technology.

Usually, I like to think/hope the latest thing is a passing fad, or an obnoxious invasion, and resist its omnipresence for, say, three to five years longer than makes any practical sense.

If I lived amongst early man, I’d be the guy freezing his tuchus off as the others warmed in front of some new-fangled invention called “fire.”

When the wheel came around, I’d balk at all the unnecessary change.

But I’d also be the guy who, a few years later, became one of the tribe’s vocal wheel enthusiasts.

With all that in mind, I figured I’d try to break my typical cycle and dive into the ChatGPT artificial technology headfirst and relatively early.

And while I’m all too aware of the technology’s dangers, including its potential threat to our local news-gathering/writing/publishing profession, I’ve come to believe there’s more to be lost than to be gained by being a reluctant techie in Luddite clothing.

That said, the sweet spot isn’t out with the old and in with the new. Our industry/craft generally does well when it keeps the best principles of the past while embracing cutting-edge innovation.

That’s why, for this week’s column, I decided to interview a chatbot.

All of the below is a real interview I conducted with research lab Open AI’s ChatGPT.

Me: Good morning, ChatGPT. I’d like to ask you a few questions about the state of local news and its future, as it relates to you and your technology.

Bot: Hello! I’m happy to help with any questions you have about local news and technology. Please go ahead and ask your questions and I’ll do my best to provide useful information.

Me: How do you think your technology might impact local news in the next year?

Bot: It’s difficult to predict exactly how language models like me will impact local news in the future, as it will depend on how they are used and adopted by journalists and news organizations. However, it’s possible that language models like me could be used to help automate certain tasks in the news production process, such as fact-checking or generating news articles based on data and other inputs. This could potentially free up journalists to focus on more high-level tasks, such as analysis and investigative reporting.

Me: OK. Good answer. I’m already getting tight on space for the column I’m writing. Can you give me an exactly 100-word answer to the longer-term impact?

Bot: In the longer term, language models like me could potentially play a larger role in the news production process, potentially taking on more advanced tasks such as summarizing and analyzing large amounts of data, or generating more sophisticated news articles. However, it’s important to note that the use of language models in the news industry will likely be highly dependent on factors such as their level of accuracy and reliability, as well as the ethical considerations surrounding their use. Ultimately, the impact of language models on the future of local news will depend on how they are developed and used.

Me: Wow. You’re quite impressive. Let’s change gears for kicks and to show off what you can do. What’s something interesting you can tell me about Westchester and/or Putnam counties in New York?

Putnam County is located in the lower Hudson Valley region of New York, and is part of the New York metropolitan area. It has an estimated population of about 100,000. Putnam County is known for its rolling hills, wooded countryside and numerous parks and recreational areas. The county is home to the Hudson River Valley National Heritage Area, which includes a number of important historical and cultural sites.

Me: You said Westchester County has an estimated population of just over 975,000. But I thought the population was just over a million according to the most recent Census?

Me: Moving on. What are some issues unique to Westchester?

Bot: Some issues that are unique to Westchester County include:

Me: What about Putnam?

Bot: Some issues that are unique to Putnam County include:

Me: Of all these issues, which should I write about next?

Bot: It’s difficult for me to say which of these issues you should write about next, as it ultimately depends on your personal interests and goals. However, I would recommend doing some additional research and considering which of these issues you feel most passionate about or have the most knowledge about. This can help to ensure that your writing is engaging and informative. Additionally, you may want to consider writing about an issue that is currently receiving a lot of attention or is particularly relevant to the community.

Me: All good points. We’ve been reporting on serious concerns area patients have about Optum Tri-State, the local medical facility formerly known as CareMount. We are hoping more doctors break their silence, allowing us to tell a critical story about the area’s healthcare system. How can our local news organization convince doctors to talk to us about their concerns?…

Bot: There are a few strategies that your local news organization could consider when trying to persuade doctors to speak to you about their concerns…

Me: My goodness. That’s incredibly insightful and helpful. I guess humans and robots can possibly coexist in harmony, in life and in journalism.

Bot: I’m glad to have been able to help! I believe that humans and robots can coexist in harmony and work together to achieve common goals. In the field of journalism, for example, robots and artificial intelligence could potentially be used to assist with tasks such as data analysis and fact-checking, freeing up journalists to focus on more creative and investigative work. However, it is important for there to be appropriate safeguards in place to ensure that the use of such technology is ethical and transparent.

Hey, if you can’t beat ‘em, sometimes your best bet is to strategically join ‘em.

E-mail me at astone@theexaminernews.com with any thoughts, whether you’re a doctor or otherwise. And I promise not to reply with A.I. Or at least I’ll tell you if I do.

Further illustrating the role human journalists must play, at least for now, in working with A.I., Examiner Editor-in-Chief Martin Wilbur noticed how ChatGPT incorrectly cited Westchester as New York State’s most populous county, when he edited my column this weekend. (More people reside in both Nassau and Suffolk).

So I returned to the source, providing an opportunity for explanation.

“I can only process and provide information based on the data that I have been trained on,” the chatbot replied, when I asked why it erred. “Sometimes, this information may be incomplete or out of date, which can lead to errors in my responses. I am constantly learning and working to improve my accuracy and understanding, but I may not always get things right.” (It’s also worth noting that the larger New York City “counties” — Kings, Queens and New York County — are usually discussed as boroughs, and have larger populations than Nassau, Suffolk or Westchester).

Anyway, I have to admit, we forgive human reporters for far worse than how the chatbot fumbled. And I screwed up (as a native Long Islander) by not noticing the error before filing the piece.

A.I. might be “just” a tool. But it’s not just another tool.

Using it for good will be up to us. 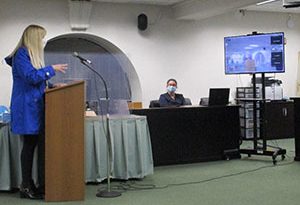