Most preschools begin their traditional programs for young children with a class for two-year-olds.

Starting Oct. 24, the JCC of Mid-Westchester (JCCMW) Nursery School is introducing a new program at its White Plains location that offers a class to begin the socialization process for toddlers that are as young as 16 months.

Little Learners, a three-day-a-week class for one-hour-and-45-minute sessions, will start off with parents and caregivers accompanying the child for a morning of art, music, stories and other age-appropriate activities. Sometime in January, it will transition to a drop-off program.

“I don’t know of any other programs that do this,” said Debbie Cohen-Bahl, the director of the JCC Mid-Westchester Nursery School in White Plains who will teach the class. “People often ask: Do you have anything more? Do you have extra days? And that’s how this kind of came about.”

Not only were parents requesting something more for their younger children, but the acclimation to a classroom setting earlier will help the kids as two-, three- and four-year-olds, Cohen-Bahl said.

While there are plenty of Mommy and Me classes in the area, those typically don’t offer the robust schedule or structure that will be found in Little Learners, she said. The class will gradually introduce the young children to playing more on their own overseen by the caregivers at first early on in the program, followed later by the teacher.

Cohen-Bahl said that since preschool is mainly about socialization and getting children accustomed to other people and routines, Little Learners will be able to introduce that for an age group that is not yet old enough to attend a traditional pre-school program.

“Children go and explore on their own and (adults) step in when necessary,” Cohen-Bahl said. “But then we will have extra structure time when we all sit down for story time.”

“It’s really about children socializing and feeling comfortable going from place to place and transitioning on their own,” she added.

Classes will be held Mondays, Tuesdays and Wednesdays through the first week in June. Cohen-Bahl explained that having three consecutive days of classes will allow children to more easily settle into a routine.

“By the time that we get to drop-off, they’re going to be used to coming to the classroom, so it’s going to be a familiar setting,” Cohen-Bahl said.

Each class will have one teacher for up to eight children during the first three months when the parents or caregivers will be there for the classes. As Little Learners transitions into a drop-off program, there will be a second teacher for the class. Children do not have to be potty trained to attend the program.

During the time when it’s a drop-off program, caregivers will be invited back in for the final 15 minutes of a session, Cohen-Bahl said.

If there is enough enrollment, then the pre-school would open a second class, she said. So far, there’s a lot of good feedback about the concept from the public. The class will run from 9:30 to 11:15 a.m. when classes are in session.

“People are still learning about it,” Cohen-Bahl said. “I think with the (Jewish) holidays that we’ve just had it put a stop to things.”

While the JCCMW Nursery School is located within Temple Israel in White Plains, the program is open to parents and children of all faiths and backgrounds. The JCC’s main location is in Scarsdale but had to search for a second site because there was a need for more pre-school in the area, Cohen-Bahl said.

The JCCMW Nursery School at Temple Israel is located at 280 Old Mamaroneck Rd. in White Plains. For more information and registration, visit https://jccmw.org/jccmw-at-white-plains/#littlelearners. 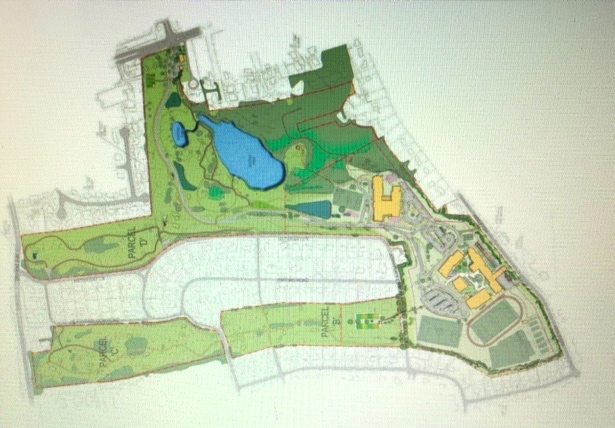