White Plains City School District (WPCSD) Board of Education members unanimously adopted the proposed budget for the 2022 to 2023 school year, which has a zero percent tax increase, at the meeting on April 4.

District voters will vote to approve the proposed $244.8 million budget on May 17.

“Not only does the budget continue to achieve all of our goals and objectives via the long-range plan but it also brings with it some really exciting changes and amazing opportunities for our students,” Superintendent of Schools Dr. Joseph Ricca said. “And it does it with zero tax increase.”

With $14.1 million in Foundation Aid coming into the district through the New York State Education Department between now and 2024, Ricca reiterated that the WPCSD will be fully funded by the 2023 to 24 academic year.

“That was something we have been talking about for years,” Ricca said.

With fully-funded Foundation Aid, Ricca said the district is able to take some of the burden off of taxpayers.

“We’re doing that with this year’s budget, so hopefully you find that exciting and can support that [on Election Day],” Ricca said.

Additional items on the ballot will be ventilation, filtration and air conditioning updates district-wide and renovations and improvements associated with phase one of the district’s capital plan — which is of zero cost to the taxpayer and tax neutral, respectively.

“By utilizing debt that’s coming off from previous bonds, we’re able to fund these projects without increasing the tax burden,” Ricca said.

While the upgrades district-wide will be implemented in a phased approach, Ricca said all changes will further cement the district’s schools as high-quality places for students to learn.

“When you’re thinking about sustainability, bringing novel, 21st-century classroom learning spaces to our kids and taking care of the upgrades and inner-workings of our facilities, all of those things are being attended to,” Ricca said. “And again, it’s tax neutral.”

“That is extraordinary, and I hope it pleases you well,” he added.

Also on the ballot will be the establishment of another capital reserve, which is of no cost to the taxpayer.

“What it does is allows the Board of Education to make needed capital changes in our district and throughout our facilities without having to bond,” Ricca said. “So again, it’s another tool in the toolbox to keep us in a place where we’re not looking to potentially raise the levy.”

Ricca underscored that many facilities in the WPCSD stand out from other districts due to the community’s continued investment in them.

“These are the people’s buildings, the children’s buildings, and they need to and have stood the test of time,” Ricca said. “We’re going to continue to do that.”

While Ricca said he cannot tell district taxpayers whether to vote in support of the budget, he highlighted the extraordinary nature of the 2022 to 2023 school budget package, which will support the community’s wide-ranging needs without an increased cost.

“The most important thing you can do is make sure you and everybody who you know comes out Tuesday, May 17th from 12 to 9 p.m. and participates in the election,” Ricca said.

District voters will also elect two new members to serve a three-year term on the Board of Education, beginning July 1.

Residents interested in running for a seat must collect 100 signatures from qualified school district voters. Petitions must be filed by 5 p.m. on April 27 in the district clerk’s office. 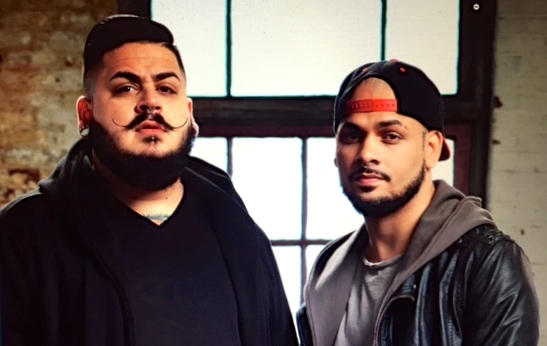