Skip to content
AREA NEWS The Northern Westchester Examiner
May 23, 2014 Rick Pezzullo
We are part of The Trust Project

At first thought a reader might think the Westchester Broadway Theatre’s (WBT) current production, Mary Poppins is a children’s show. Not so! Although the musical is based on the stories of P.L. Travers and the Walt Disney film, this is where the similarities end. The cherished 1964 Disney film has been re-imagined into a spectacular new musical.

The show has been created, in collaboration with Cameron Mackintosh, by Academy Award-winning screenwriter and Downtown Abbeycreator, Julian Fellowes. New songs and additional music and lyrics by George Stiles and Anthony Drewe have been added and co-created by Cameron Mackintosh. The show was on Broadway for over 2,500 performances and delighted audiences and received nominations for nine Olivier and seven Tony Awards, including Best Musical.The show features all of the unforgettable songs of the movie, timeless classics, such as “Feed the Birds,” “Jolly Holiday,”“Step in Time,” “A Spoon Full of Sugar” and the Academy Award-winning“Chim-Chim Cher-ee” and the most noted song of all the memorable and humorous, “Supercalifragilisticexpialidocious”!

Here’s a little bit of interesting trivia about the film version that is part of Hollywood history. Walt Disney originally considered Angela Lansbury, Mary Martin and Bette Davis for the title role. Author P.L. Travers originally didn’t want Julie Andrews in the role, because May Poppins in her book was a short, plump lady and the author didn’t want a beautiful woman to play the role. As we know, the final casting decision worked out famously. It has been a while since I saw the classic Disney film, since our children are all adults now, so the storyline was a bit vague to my memory. As it unfolded the message it contained was really for audiences of all ages. With each scene being carried out, viewers no longer felt as if it were a production for children only. As long time WBT theatre goers and avid fans of their presentations, it is easy to say this is among their most outstanding productions. The story unfolds as Bert, the jack-of-all trades, including a chimney sweep, introduces us to England in 1910 and the troubled Banks family. Lauren Blackman starsasMary Poppins andLeo Ash Evansas Bert. The young Banks children, Jane and Michael, have sent many a nanny packing before Mary Poppins arrives on their doorstep. Using a combination of magic and common sense, she must teach the family how to value each other again. Mary Poppins takes both children and adults alike on many magical and memorable adventures, discovering a world where “anything can happen if you let it”.

We have always been impressed by the scenery and creative set design on this intimate stage and once again this production far exceeded even our expectations. From the interior of the stately Banks home, to the wrought iron gated park and fantasy fairground with Roman statues, to the children’s cozy bedroom, the sets are quietly and quickly changed after each scene. Most impressive were the London rooftop silhouettes and starlit nights where the chimney sweep watches over the quiet city. Every character, costume change and detail to period setting designed by Steven Loftus is outstanding and quickly draws the audience into the feel of 1910 London. With a cast of over 20 performers, there are multiple roles for each and costume changes are swift and each actor completely transformed. The WBT favorite, Richard Stafford, directed and choreographed the numbers for the show and the dance routines were vigorous and entertaining. Of course the main character, Mary Poppins, starring the marvelously talented Lauren Blackman, made “Mary” come to life. Within minutes of her appearance on stage, her whimsical powers, kind heart towards the children and no nonsense for anything but “practically perfect” behavior carried the viewer easily into the story line.

Of course there could be no story of Mary Poppins without the most famous scenes of all and that is Mary flying through the air and the WBT carried this part of the storyline expertly as she flew over the audience. Casting for all WBT productions is usually spot on and this time around was no exception. Bert, the Bank parents and the very talented young children cast in the roles were wonderfully and honestly played and most believable. Mary Poppins, anenchanting mixture of irresistible story, unforgettable songs and breathtaking dance numbers, make it the musical that soars high above the rest. It is a multi-talented cast.

This show is one for audiences of all ages. During intermission I noticed some families came with children of theatre going age, perhaps eight years old and up. Tickets for Mary Poppins would make a wonderful end of the school term gift for a family or perhaps a birthday treat for that hard to plan “tween birthday party.” As for myself, I plan on arranging a ladies night out and go again with several friends. As mentioned earlier, this is a show for all ages, especially those young at heart. Don’t miss this one! This is one of the best values in the Westchester area. Dinner and a show for a reasonable price, free parking and conveniently located. Mary Poppins runs through July 27. Westchester Broadway Theatre, 1 Broadway Plaza, Elmsford, NY 10523 (914)592-2268 x804 www.Broadwaytheatre.com.

Holiday Show (To be determined) – December 4 to December 28 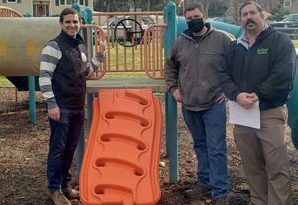 Jets Crash and Burn in Pittsburgh