Skip to content
Other News
August 13, 2021August 16, 2021 Martin Wilbur Westchester County
We are part of The Trust Project

For the first time in its history, Westchester County’s resident population has topped one million, according to the 2020 Census that was released on Thursday.

During the past couple of years, County Executive George Latimer said it was likely that Westchester’s population would go over the one million mark by the time the 2020 Census results were disclosed. In 2019, it was estimated that the county’s population stood at about 967,000.

“No one is fleeing this county – they are coming here to be part of Westchester,” Latimer said in a Thursday afternoon statement. “This Census news continues a trend of good news for Westchester County. Our economy is thriving, businesses both small and large are growing, crime is down, and our vaccination rate is among the highest in the state.”

The county has grown by about 130,000 residents since the 1990 Census, a nearly 15 percent increase in that time. The population jump over the last 10 years is the largest in at least the past four decades.

Data released by the county showed the most significant demographic increase over the past decade was the county’s Hispanic population, jumping by about 62,000, to 269,000, a 30 percent hike. The Asian population increased by 27 percent, from 51,123 to 64,907 while Westchester’s Black population nudged higher by 3.5 percent to 131,000.

Multiracial residents more than doubled to 31,704.

In April 2019, Latimer signed an executive order to establish the Westchester County Complete Count Committee, an effort to include all geographic and ethnic constituencies with a focus on the populations that traditionally fail to participate. The efforts included promotion of the 2020 Census with a robust public awareness campaign in English and in Spanish. There was advertising on billboards, county buses and bus shelters and bookmarks and stickers, among other tools.

There was also a series of seven public service announcements, each one focused on a different target audience for the Census. The county’s Census portal opened on Mar. 12, 2020, during the earliest days of the COVID-19 pandemic.

“The county’s role in the 2020 Census was unprecedented compared to previous Census events,” said Commissioner of Planning Norma Drummond. “We took hold of this challenge and didn’t leave the work to the Census Bureau and municipalities. Westchester’s success in achieving a higher percentage of self-response was partly due to the work done well in advance of 2020 to ensure the Census Bureau had more accurate addresses to reach out to. The results of the County’s efforts show the hard work paid off.” 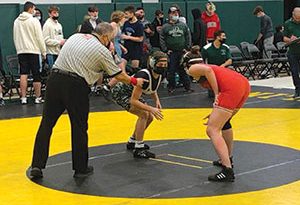