Skip to content
SPORTS
April 5, 2019 Andy Jacobs
We are part of The Trust Project

Before last Wednesday night, the Westchester Knicks had never won a playoff game in their brief history of competing in the NBA G League.

But behind the red-hot early shooting of Billy Garrett and stifling team defense, the Knicks jumped out to a big first-quarter lead against the Windy City Bulls and went on to an impressive 95-82 victory in an opening-round, winner-moves-on Eastern Conference playoff game at the Westchester County Center.

Garrett connected on all five of his shots from the field in the first quarter, scoring 12 of his team-high 20 points as Westchester built a commanding 26-12 advantage. The Knicks scored the game’s first five points and never trailed all evening.

“I thought we were really locked in defensively,” said Westchester head coach Mike Miller, whose team held the Bulls to 5-of-23 shooting in the opening quarter. “We were making them take some tough shots. And we were taking some tough shots, but fortunately Billy got some good looks and he made ‘em. So that kind of put us in a good spot.”

A 3-pointer by Garrett with 2:40 left in the first quarter stretched the Knicks’ huge early lead to 23-7. It was the fifth consecutive jump shot the 6-foot-6 swingman from DePaul made and the Bulls never really recovered. They trailed by 15 points at halftime and never got closer than seven the rest of the way. Garrett went scoreless in the third quarter, but his coach said the Bulls’ improved defense wasn’t the only reason.

“Yeah, we’ll give ‘em credit,” said Miller. “But I think part of it was I played him 12 minutes in the second quarter. Not a good move. I don’t do that normally, but we were stretching the game a little bit and I felt like we needed a cushion if we could get it. He was playing so well we kind of took a chance and rode with it.”

Unfortunately for Windy City, Garrett had plenty of help from his Westchester teammates. Guard Zak Irvin, out of the lineup for three weeks recently with a lower back strain, scored 19 points and grabbed 14 rebounds. Forward Jameel Warney came off the Knicks’ bench to provide 20 points and 14 boards. Luke Kornet, the 7-foot center on assignment from the New York Knicks, chipped in with 14 points and nine rebounds.

“I give these guys credit because they’ve had different people playing with them,” said Miller, who has had to improvise with stalwarts John Jenkins and Kadeem Allen promoted late in the season to Madison Square Garden. “This guy’s in, this guy’s out. You give them all the credit because they continue to play and sometimes it’s choppy. But they keep playing and they put themselves in a good position at the end.”

Windy City, which was led by the 29 points from speedy guard Walter Lemon Jr., sliced its 47-32 halftime deficit to just eight points by the end of the third quarter. A jump shot by Garrett 10 seconds into the final period restored the Knicks’ double-digit margin, but when Lemon Jr., who was signed by the Chicago Bulls mere hours after the game, made one of two free throws with 10:32 remaining the lead dwindled to just seven points.

The Knicks, though, responded with an 8-2 burst over the next 90 seconds as Kornet scored inside and Irvin and Garrett followed with back-to-back 3-pointers. Windy City later closed to within eight points four different times before a Warney layup with 1:28 on the clock gave Westchester a 91-80 lead and all but sealed the outcome.

“Feels good,” said Miller, asked about the franchise’s initial playoff win. “This was hard fought. This felt like the playoffs. It was just kind of grind it out. I think both teams were playing really hard and sometimes that disrupts the flow and disrupts how fluid a game is. So maybe it wasn’t pretty to watch, but I think when you look at it for what it is, it’s a playoff game, both teams are trying to advance and doing what they need to do, it was what you’d expect.”

The victory over the Bulls sent Westchester into Friday night’s Eastern Conference semifinal game against the Lakeland Magic. Despite a 15-0 run by the Knicks in the second quarter that erased a 43-28 deficit, their season came to an end with a 104-91 loss. Sekou Wiggs came off the Knick bench to score a game-high 23 points, while Isaiah Hicks made eight of nine shots from the floor and finished with 16 points.

Even though Westchester is now out of contention for the G League title, Miller, for one, couldn’t be more pleased to be an integral part of the development ladder for future New York Knicks.

“It’s been so fun,” he said. “From the beginning, they’ve been so inclusive with everything and so helpful trying to grow this organization. We want this to be an asset for the Knicks and to be able to bring guys up. So I think we’re working well in sync to give them options and then they’re putting us in a great position to be successful and help these guys along the way.” 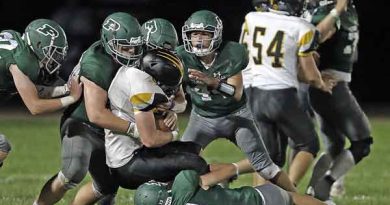 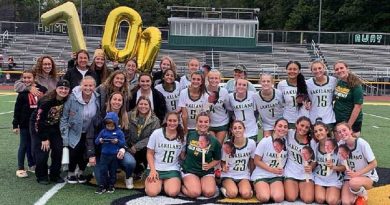 15-Year-Old Cameron Young and Other Local Players Try To Qualify For The U.S. Open