As incidents of hate continue to fester in Westchester and across the nation, a diverse gathering came together last Wednesday afternoon on the plaza outside the county courthouse in White Plains to call for love and understanding.

County and state representatives, clergy and members of various community organizations led the second annual Gathering Against Hate, an hour-long program organized by the county where speakers looked to inspire the crowd against feeling hopeless in the face of mass shootings that have sometimes been fueled by hate or individual acts of violence against local residents, particularly people of color.

Last week’s event came a month after the racially-motivated killing of 10 people at a Buffalo supermarket but also after several hate incidents in Westchester, including Yonkers, Ossining and Yorktown. District Attorney Mimi Rocah pledged that everyone would be treated equally under the law and protected in Westchester.

“As your D.A., as the daughter of a Holocaust survivor, I am here to reiterate my commitment to you in fighting all forms of hate and securing justice for everyone in our community no matter their background, no matter where they live, no matter who they love,” Rocah said.

State Attorney General Letitia James said her office has been taking steps to monitor and investigate social media platforms that have been used to promote hate while making it easier for the public to report incidents to authorities.

James read off a list of mass shootings that were motivated by hate, but said society can’t let that be the norm.

“All of us, all of us must speak loudly and reject hate and stand arm in arm without space between us, stand in solidarity in peace and with respect for one another,” she said. “We know that any act of hate against one of us is an act of hate against all of us and we must move forward with everything in our hearts and collaboration on our minds to craft a better future because we all recognize that love will always overcome hate.”

Jirandy Martinez, executive director of the Community Resource Center, spoke of the fear that has gripped some in local communities, not just of the possibility of violence but those in the immigrant community who are harassed or taken from their family because of immigration status.

“That’s a very real fear, that even in this county, we have people who are so afraid to report a crime, who get their wages stolen because of their immigration status, who are afraid to pick up their kids if there’s a rumor of an ICE raid,” Martinez said.

Like many of the speakers, The LOFT Executive Director Judy Troilo, whose organization advocates for the LGBTQ community, said she was impressed by the size and diversity of the turnout. But away from rallies and marches, Troilo urged everyone in society to look out for one another to overcome today’s challenges.

“The LGBTQ community is part of all your families; we’re everyone and everywhere,” Troilo said. “This year is harder than most. I never thought we’d be in 2022 fighting for our lives the way we are. Trans women of color are dying at an incredible rate, and we need to protect our sisters, we need to protect each other.”

While several speakers noted that the plaza contained a statue of Dr. Martin Luther King Jr., County Executive George Latimer channeled the words of Nelson Mandela, who was imprisoned for 27 years in his native South Africa during apartheid.

Latimer said Mandela could have had hatred in his heart every day, but he understood that the power of love is greater. 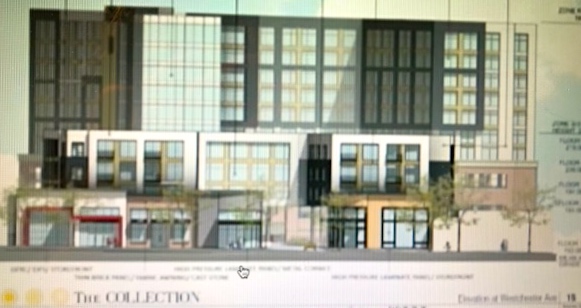 Carvin Cruises in GOP Primary to Take on Lowey