Harris, 30, born Jonathan Harris in Manhattan, moved to, and attended grade school in Westchester. After graduating from Walter Panas High School, he pursued higher education in the field of business at Pace University’s Pleasantville Campus. From a young age, Harris had a vision of being a music recording artist and has not given up his musical ambitions through his educational career.

After college he founded Living Life Our Way Entertainment as a company which specializes in music production and distribution along with many other artistic mediums. He would use the company to help put out music and perform more frequently. He states he has done performances as far north as Poughkeepsie and as far south as Ardmore, PA. Harris has done several shows in Manhattan and Brooklyn most notably his most recent performance to date, the Black Widow 2017 Showcase at Arlene’s Grocery in Manhattan.

For years Harris has watched other performers and studied different tactics to improve his stage presence. He said he most admires JAY-Z and how he handles himself on stage. The way JAY-Z sets up his act and gets the crowd involved is one aspects of his performance Harris replicates. You can expect to get loud, to move, and Harris to interact with the audience during his set. 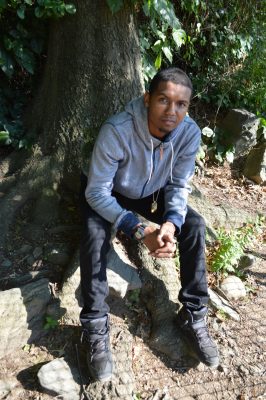 The show starts at 7 p.m. Tickets for the show are $15 and are available at officialjonharrismusic.com or llowentertainment.com. The show is for ages 21 and older.