Vesce, 47, a Republican who served on the council from 2014 to 2017, was unanimously endorsed Sunday night by the Peekskill GOP Committee to challenge first-term Democratic Mayor Andre Rainey in November.

Vesce, who did not seek reelection in 2017 for professional and family reasons, is the son of former Mayor Vincent C. Vesce and grandson of former longtime Peekskill physician, the late Dr. John Vesce.

“I’m proud to try to serve in his footsteps,” Vesce said of his father. “I’m a product of watching him and the amount of community service he has given over the years. I can only be my own person. I am honored to have received this endorsement for mayor and excited about running with such a well-rounded and highly qualified group of City Council candidates.”

Running on the ticket with Vesce for council is Lauren Brady, a registered Republican who works as Events Manager at the Hudson Valley Gateway Chamber of Commerce and is co-founder of the non-profit “This is Me Foundation,” and registered Democrats Luis Segarra, co-owner and CFO of The Crescent Companies who ran unsuccessfully in 2017, and Marlon Mahon, an IT and corporate management consultant.

“Lauren, Marlon, Luis and I all believe that partisan politics has gotten in the way of what Peekskill was once all about. That is an inclusive community where all citizens are stakeholders in our future regardless of political affiliation or ethnicity,” Vesce said. “As I grew up in Peekskill, it was never about ‘us versus them.’ Rather, it was always about ‘we…we as one community,’ focusing on what was best for all of Peekskill was what mattered most. Unfortunately, that feeling no longer exists. Peekskill is not being served well because of the current one-party rule where political favoritism is what matters most.”

“Our team will end the political cronyism that exists in Peekskill by governing in a transparent, non-partisan and professional manner,” Vesce continued. “We will serve everyone in Peekskill with equal passion regardless of whether they live in public housing, a condominium complex, one of our many neighborhoods or are a member of the business community.”

A business consultant for the airport services industry and a former executive at the Port Authority of New York & New Jersey, Vesce, a married father of two college-age children and one who attends Hillcrest Elementary School, said he was “hopeful” Rainey would do a good job as mayor, but he hasn’t been pleased with the results so far.

“I have a lot of respect for everyone on the City Council. I just think he’s (Rainey) a little bit over his head,” Vesce said. “I think he was used by the political machine behind the scenes. I’m here to deal with the real issues. I’m better equipped to handle those issues. I kind of take a middle of the road approach to things. The reality is I feel I have a lot more to offer and I really want to see things go back to the progress that we started to make.”

Vesce said he was dismayed that the city’s fund balance has been diminished, doesn’t feel the current administration has been transparent as promised and is against the Jan Peek House Shelter relocating from North Water Street to 851 Washington Street, remarking, “It’s a no-brainer that it doesn’t belong. This is a money grab.”

He also said the Paramount Theater, which the city is seeking a new operator to run, would benefit from a public/private partnership.

“That’s a very tricky subject. We were very vocal about the deal they got originally (with Red House Entertainment),” Vesce said. “The city has to do everything it can to subsidize that theater. It’s one of the biggest economic engines for the downtown. It’s very hard to keep that building afloat.”

Vesce views the race as an “uphill battle” with voter registration in Peekskill being almost four-to-one Democrats, but Brady is taking a positive approach.

“My primary objective in running for City Council is to be a positive voice for every citizen at City Hall,” Brady stated. “Negativity and pitting one group against another will not allow us to flourish as a community. When elected, our team promises a City Hall that will be open and responsive to all.”

Rainey was endorsed for a second term by the Peekskill Democratic Committee last week. He will be running with incumbent councilwomen Kathleen Talbot (deputy mayor), Vivian McKenzie and Patricia Riley.

“I have the utmost respect for Mr. Vesce. He’s a nice person, but he is part of an era of politics that we in Peekskill have moved beyond,” Rainey said Monday. “We have moved beyond the days when a small group of Republican Party officials and their friends and family ran Peekskill. When they did the city was only a shell of what it is today, crime was rampant, there were few businesses left in the downtown and there were a lot of empty storefronts.”

“I welcome him to the race, because I think it will present a strong contrast between the Republican legacy, when political patronage, huge taxes increases, and a crippling reputation stagnated Peekskill and my forward-looking vision of Peekskill, where taxes are kept low, new businesses and residents continue to flock here and we continue to overcome decades of stagnancy that were the hallmark of the old-school Republican patronage machine,” Rainey continued. “It isn’t about party lines for me, as I’ve shown as a councilman and now as a proud mayor. It has been, and always will be, about the betterment of Peekskill.” 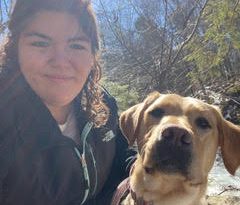