The United States Attorney for the Southern District of New York has filed a lawsuit against the town and village of Harrison and its fire department for allegedly discriminating against a female firefighter by creating a hostile work environment and terminating her employment after she reported a male senior firefighter had harassed and stalked her.

The lawsuit was filed in federal court in White Plains by Damian Williams on the basis of sex and retaliation in violation of Title VII of the Civil Rights Act of 1964.

“Sexual harassment in the workplace is abhorrent. All employers, including government agencies, must ensure that sexual harassment is prohibited—not ignored or followed by illegal employment actions against victims, as we allege occurred at the Town of Harrison,” Williams stated. “This suit seeks to remedy the civil rights violations committed by the Harrison Fire Department and the Town of Harrison, and ensure that Harrison protects its employees’ rights in the future.”

According to Williams, in 2015, Angela Bommarito joined the Harrison Fire Department and in her first month on the job, a senior firefighter, Henry Mohr, allegedly pressured her with unwanted sexual advances. Mohr later also harassed and stalked Bommarito, including by repeatedly following her and calling her on numerous occasions. Further, Mohr allegedly used sexually demeaning expletives to describe Bommarito in front of other firefighters.

Williams said Harrison officials and the Harrison Fire Department failed to take any action against Mohr when learning about the alleged harassment. Bommarito then filed a report with the Harrison Police Department.

In response, Harrison’s former police chief told Mohr, in a recorded interaction, that Bommarito’s presence at the firehouse was a “temptation,” which was “hard to resist sometimes,” and the chief “want[ed] to broker a deal with the town to make sure this whole thing dies” so that he could get Mohr “out of this situation.”

Bommarito subsequently signed a resignation letter prepared by the police chief after he allegedly threatened to arrest her and report her other relationships to Harrison’s Fire Commissioners. Soon after, Bommarito attempted to withdraw the resignation, but the fire department proceeded with the termination of her employment.

Following Bommarito’s departure from the Harrison Fire Department, Mohr continued to harass and stalk her. Mohr was eventually arrested for his harassment of Bommarito and pled guilty to harassment in the second degree.  A family court judge also entered an order of protection against Mohr.

Williams’ complaint seeks declaratory and injunctive relief, as well as compensatory damages on behalf of Bommarito.

Communities May Apply for HUD Funds Through State 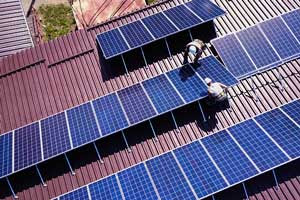