This column first appeared in our Examiner+ email newsletter.

Let me start today with a local story I just can’t shake from my mind.

Examiner Editor-in-Chief Martin Wilbur reports how a pair of northern Westchester school districts — Somers and Hen Hud — experienced a staggering number of motorists illegally passing stopped school buses picking up or dropping off students during the first two months of the academic year.

Martin tells me this is also a growing issue in several other communities we cover, and more news is coming on how local districts might try to tackle the problem.

There were an eye-popping more than 600 illegal passes in the Hendrick Hudson and Somers school districts combined from the start of the school year through October, according to statistics compiled by BusPatrol, a safety technology company that affixes small video cameras on the stop arm of the school bus to document illegal passes.

Other districts want in on the cameras, and the Westchester County Board of Legislators might be taking action to make that decision easier to implement from district to district.

Speaking of Somers, you probably heard by now about the latest culture war debate infesting a local community.

A raucous revolt from some parents at a Board of Education meeting over the use of a book titled Me and White Supremacy in a high school English lesson generated headlines far and wide.

My take? The reactionary right and the loony left are both playing with fire in their respective efforts to operate as thought police.

The right should settle down, and not light their hair on fire because a liberal public school educator is teaching a point of view. Quit it with the witch hunts, and share your own views with your children at dinnertime.

Putting down your pitchforks doesn’t amount to agreeing with the lesson. All it means is you’re not engaging in the career-ruining cancel culture you decry when the tables are turned.

As for the left, it’s fair to say that in a post-George Floyd world an attitude has emerged — or heightened — where you expect the entire planet to embrace incredibly specific and debatable woke conclusions at a moment’s notice. Feel free to put your pronouns in an email signature but give people a second to think about it, talk about it, and possibly even reject it. (Or do it after a beat or two longer than you.)

Similarly, expect a lesson teaching middle-class suburban white kids in a relatively conservative community how they all need to check their privilege to ruffle some feathers. While some parents objecting to lessons like these operate in bad faith, many open-minded, tolerant parents pose honest questions or are too cowed to ask them.

I’m all in on systematic change and combatting the lethal cancer of racism metastasizing in our country and inside our communities. But just as you rightfully and aggressively push back on pernicious, racially-charged rhetoric at school board meetings and the rest, don’t also expect everyone to agree with your precise solutions at all times, including the use of controversial book choices in classrooms.

On an infinitely lighter note, did you hear about comedian Peter Fogel’s new one-man show?

Til Death Do Us Part…You First! will be staged tonight at the Bedford Playhouse.

Many of you know that Oscar-nominated actor Chazz Palminteri lives around here, and even owns a restaurant in White Plains. He directs the show, and Martin caught up with the actor of “A Bronx Tale” fame.

“It takes a lot o impress me,” Palminteri said. “But when I saw Peter’s gift for mimicry, voices, dialects and how he moved effortlessly between 15 characters, I knew this was a show that deserved a larger audience.”

Lastly, our small but mighty local sports department is prepping for this weekend’s championship action. In football specifically, we have Carmel, Somers, Pleasantville, and Byram Hills all eyeing chips.

Examiner Sports Editor Ray Gallagher reports on how they got here with last week’s wins.

OK, hope you have a funner day than me on tap — off to the dentist now. 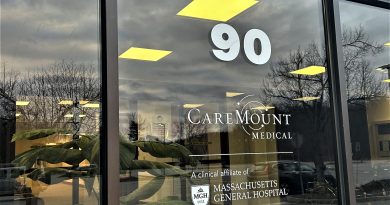 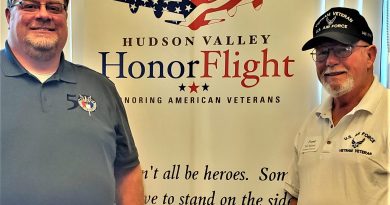 Mt. Kisco Man Preps for Flight of a Lifetime With Vet Father