A history of discrimination, zoning restrictions, and today’s prohibitive cost of construction have combined to create a supply shortage of affordable housing, particularly in Westchester but also in areas throughout the nation as well.

The nonprofit Westchester Residential Opportunities, which advocates for equal, affordable, and accessible housing, held an affordable housing symposium in White Plains on Oct. 13 addressing the issues that have made providing adequate housing stock for all income levels a daunting challenge, particularly in the county and the region.

Keynote speaker Bryan Greene, vice president of public advocacy for the National Association of Realtors, said enforcement of the 1968 Fair Housing Act has been weak, which followed decades of exclusionary zoning, meant to segregate. The vestiges of those practices continue to impact the current housing supply, he said.

“You have to take proactive steps to address the legacy of housing discrimination in this country, and that piece has not been adequately enforced and it actually hasn’t been followed through at the state and local level,” Greene said.

Greene said a major obstacle to adequate housing has been that planning for most communities in the United States has been geared toward the single-family home. One of the earliest proponents behind that strategy was the first full-time city planner in the United States, Harland Bartholomew, who filled that role first in Newark, N.J. in 1914 and then for decades in St. Louis, Greene said.

To make a meaningful dent in the housing affordability crisis, communities are going to have to find ways to create more density, Greene warned. He predicted that will be the growing tension in the United States in the 21st century.

Redlining depressed the value of homes in predominantly minority neighborhoods. It, therefore, has led to less generational wealth when selling property. There’s a growing emphasis on higher education among people of color to be qualified for better-paying jobs but that leads to broader debt issues.

Foley said while today’s planners and those appointed to land use boards in municipalities aren’t practicing the discrimination of generations ago, the zoning codes haven’t changed to address today’s challenges.

“The system was designed to achieve a certain level of unaffordability within what I would call exclusionary single-family homes,” Foley said. “That system still works today. It may no longer be the intent of the people perpetuating them – indeed I hope it’s not – but that doesn’t mean its not still working the way it was designed.”

There are steps that the public and state and local governments can take to create more housing, he said. Getting more creative with funding opportunities for developers to build affordable housing but currently can’t make a profit doing so. Also, making the review process more efficient in municipalities and a larger role for the state to play are also needed

For example, Maine now allows up to two residences on one lot while Massachusetts recently approved a measure for transit-oriented development near transportation hubs, Foley said.

Salcedo said making access to credit more equitable is another measure that can help with fair housing. Renters with more modest incomes are often looked upon as poor risks as well as those who have been in the criminal justice system, she said.

White Plains Mayor Tom Roach, who welcomed the audience and the panelists at the start of the symposium, said more communities need a greater commitment to affordable housing. White Plains requires 12 percent of units to be affordable for new construction under the county’s income guidelines. If developers don’t want to build the requisite percentage of affordable units, they can contribute to a fund that will be used by the city to offset the costs for other projects with affordable housing.

“If you’re not going to build it, shouldn’t you have to contribute to a fund that would allow those who wish to build it to have it without using some of their money,” Roach said. 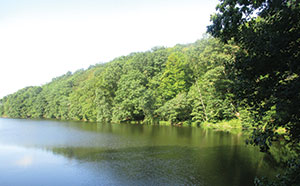