Skip to content
The Examiner
March 2, 2016 Martin Wilbur 201 Views 3 min read
We are part of The Trust Project

Representatives of Summit/Greenfield joined New Castle and county officials Tuesday for a ceremonial groundbreaking at Chappaqua Crossing, the start of the next phase for the longest reviewed application in town history.

The groundbreaking for the project’s $50 million retail component came more than 11 years after Summit/Greenfield bought the 116-acre former Reader’s Digest campus and nearly 10 years after submission of its first proposal. Whole Foods supermarket, the 40,000-square-foot anchor tenant, is expected to open sometime next year along with a similarly-sized Life Time fitness center.

Despite the arduous and expensive review process, which spanned the administrations of four supervisors, Summit Development President Felix Charney said the project was worth the effort.

“I’ve had a chance to work with wonderful people,” he said. “I think ultimately I’m really proud of what we’ve accomplished.”

Supervisor Robert Greenstein, who as a candidate opposed Chappaqua Crossing, said having the developer and the town able to compromise will pay dividends for New Castle.

The day after Greenstein won, Charney said much to his surprise the then supervisor-elect reached out to him to find a solution that could help all parties.

“It’s going to be great for the town, not only for the commercial tax base but also for the amenities that it’s going to provide,” said Greenstein, who stressed that it was important for the town to also revitalize downtown Chappaqua in addition to redeveloping this property. “It’s going to add vibrancy (to the town).”

In addition to Whole Foods and Life Time, another 10 to 12 tenants have signed leases or intend to sign leases for smaller spaces that comprise the 120,000 square feet of retail, Charney said. While names of companies and tenants have not been released, there will be a bank and at least one restaurant.

Summit/Greenfield also expects work to begin this year on the 28 affordable units in the cupola building. The developer still needs to receive final approval for the reworked 91-townhouse plan in the project’s East Village, but expects that to be approved this year as well. Charney said construction of the townhouses will likely begin next year.

Redevelopment of the campus is a critical step for Westchester, said Deputy County Executive Kevin Plunkett. He said the Chappaqua Crossing project is a worthy successor to the vision of Dewitt and Lila Wallace, who developed Reader’s Digest at the site.

“To think that this iconic Reader’s Digest building…for many, many decades a symbol of the success and the hard work of people in Westchester County, today is starting to be prepared for a new generation,” Plunkett said.

Charney said attracting the highly sought after Whole Foods was a crucial moment for Summit/Greenfield, which helped the proposal gain momentum during its review. Feedback from the public emphasized the high level of interest in Whole Foods in northern Westchester, said Mark Sinatra, a company spokesman. Whole Foods operates three other locations in the county – Yonkers, Port Chester and White Plains.

“This will open up great job opportunities for the area and great partnerships,” Sinatra said.

Other project features include improvements to the Horace Greeley High School driveway, located across the street on the Roaring Brook Road side of the property, and creation of a roundabout at Route 117 and Roaring Brook Road to improve traffic flow and ease congestion.

Summit/Greenfield is leasing the Wallace Auditorium to the town for $1 as a municipal performing arts center. New Castle has an option to buy the facility.

The decade-long review of Chappaqua Crossing started with more than 300 housing units and featured multiple residential-only iterations, with Summit/Greenfield reducing the number of units each time.

In early 2011, the New Castle Town Board approved 111 units, including 20 affordable residences in the residential East Village, but Summit/Greenfield sued after believing it was on track for approvals for 199 units.

The town and developer compromised by agreeing to a timetable of review that didn’t assure approvals but would eventually guarantee a vote. Meanwhile, during former supervisor Susan Carpenter’s administration, the town proposed including retail at the site. Later on, planning board member Thomas Curley suggested a traditional neighborhood design for the retail component, which was approved.

The town board approved a rezone in December 2014 for a portion of the property to allow the 120,000 square feet of retail space. A year later final approval was granted by the planning board. 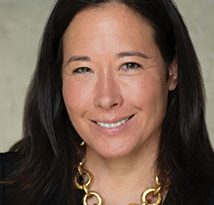