At the midpoint of the Section 1 boys’ soccer season, state-ranked (No.3) Class A YORKTOWN and state-ranked (No.4) Class B BRIARCLIFF remain unbeaten, the Huskers checking in at 11-0, including a 2-0 win over reigning NYS champ Somers, and the Bears at 8-0-1. Both would secure a No.1 seed if the playoffs started today, and the Class A circuit would see a glut of Examiner-area teams in the top 16, including No.4 GREELEY (state-ranked No.19), No.5 LAKELAND, No.9 PEEKSKILL, No.12 MAHOPAC, No.13 SOMERS and NO.16 FOX LANE. And No.18 PANAS would also qualify for the playoffs.

In Class AA, No.5 OSSINING and No.6 WHITE PLAINS are giving chase top-seeded, state-ranked (No.1) Scarsdale. CARMEL would check in at No.12.

The Class B circuit is also flooded with local teams chasing No.1 Briarcliff, including fifth-seeded PLEASANTVILLE, No.7 BYRAM HILLS, No.9 CROTON, No.12 VALHALLA and No.16 WESTLAKE.

State-ranked (No.5) HALDANE would be the No.1 seed in Class C. The Blue Devils (9-1) are getting it done behind the scoring of dual-threat M Clem Grossman (11 G-10A) and finisher Ryan Eng Wong (17G)

Yorktown is craving respect and we’re here to give some to Coach Zoran Milojevic’s Huskers (11-0), who are getting it done with defense and clutch goal scoring from a host of players.

“My defensive unit led by keeper JP Frucco (2 goals allowed in 10 games), Central Defenders Sean Horlacher, Jake Levine, and Zach Palmer, and sometimes helped by Captain Lucas Buono and Michael Duffy has performed extremely well so far,” the coach said. “Unlike last year, when we needed heroic performances from George Popovic and Peter Tinaj, this year’s team quality is spread across all the lines and especially in defense. In addition to gritty defense, we have 11 players scoring this year while in comparison two players last year accounted for 80% of all our scoring. These young men have been playing together since a very young age, and they are a really tight-knit group. Jake Levine, Sean Horlacher, and Zach Palmer stepped up their game this year and have been a spark to the rest of the team in the way they carried themselves on the back line. They are battling for each other, their positioning and their ability to read the game make them difficult to score on. JP Frucco worked hard off-season individually to correct a few things and his confidence is very high this year, sparking interest from D-2 and D-3 colleges.”

The scoring has been spread between 11 players, including David Beitler (2G –8A) and Buono (1G, 7A), and it was Ryan Tomeny and Beitler who scored in the shutout of Somers, who nobody should be sleeping on despite a 5-5 record. Goals have been tough to come by, but grit, oftentimes, prevails on the pitch, and Somers has more than enough of that to defend its sectional title with dignity.

Greeley suffered a tough 2-1 loss to White Plains last week, but the Quakers (6-2-1) have been paced on the attack by Justin Xiang (6G-3A). Lakeland has managed to find the net often enough behind Micahel Rodriguez (8G-8A) Bryan Jaramillo (6G-10A) and Bryan Rodriguez (7G- 2A), but the Hornets (8-2-1) have had lapses on defense (see Somers game) that need shoring up, but they did put the hurt on Peekskill in an 8-0 win.

Peekskill just won’t go away. While we’re still awaiting that first quality W (OK we’ll give them Carmel), the Red Devils (6-3-1) have plenty of scoring punch behind Jonnathan Mendieta (8G) and Manuel Lopez (5G- 3A).

Mahopac has been a pleasant surprise after the Indians (5-4) struggled through much of the last two seasons, but the playmaking skills of Colin Waring (3G- 8A) have the Indians among the top 12 seeds in Class A.

Dennis Argueta (8G-4A) and Zach Foltz (5G-3A) have led Fox Lane on a nice 2-1-1 run, including a win over Ossining and a scoreless tie with WhitePlains.

White Plains seems to have right the ship after a 2-1 win over Greeley behind GK Milo Kris (8 saves). The Tigers have not been beaten in the last five, going 4-0-1 behind the booming boots of Rhaymani Alexander (G, 5A) and Gael Baraldi (8G, 3A). After a sluggish start (1-2), White Plains holds a two-game lead on Ossining for the league title. Alex Lenaghan (7G-4A) and Danny Rodriguez (2G-7A) have paced the Pride (8-3-1), who went through a rough patch with losses to Fox Lane, Port Chester and Greeley.

“I think our confidence has picked up a bit after the Suffern game,” White Plains Coach Mike Lambert said. “Greeley is very good and very organized, I’m happy they won’t be in our bracket for playoffs.

Carmel needs to find a way to get the ball on Kyle Klammer (6G, 4A) more if the Rams (5-6-1) are going to make some noise, like they did in a 3-1 win over John Jay EF behind a pair of goals from ‘The Hammer’ Kyle Klammer.

We saw how good Briarcliff was this summer in the Lakeland Summer League and that has transitioned nicely for the Bears, who have gotten it done behind a bevy of playmakers, but the only team they’ve beaten with an above-.500 record is Pleasantville (2X), which checks in at 6-3 with consecutive wins over Westlake (4-7) and Valhalla (4-4-3). Bronxville and Irvington have played a tougher slate of games than the Bears have. Westlake knocked off Valhalla, 5-2, when Michael Marto and Thomas Lyden each put a pair between the pipes.

We caution anyone sleeping on Byram Hills, which has toughened itself up with losses to Yorktown and Lakeland and a tie with Eastchester and took that out on Ardsley in a 3-1 win behind two tallies and assist from Zach Pero collected two goals and a goal and two assists from Jessie Goldstein. 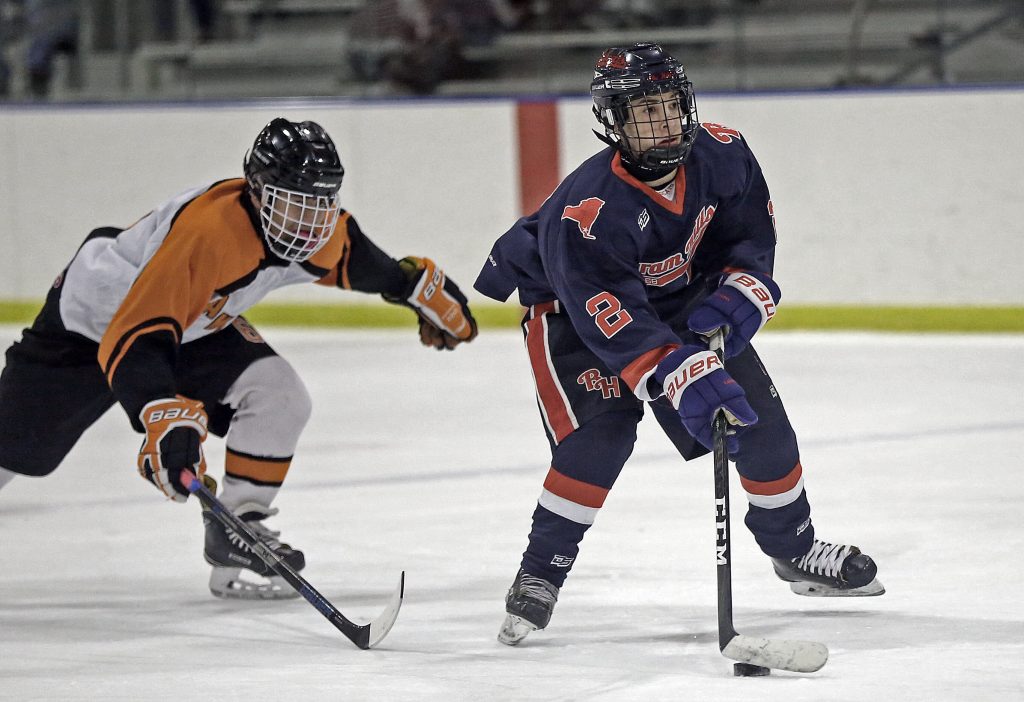 Bobcats Start the New Season With a Rout of Pawling 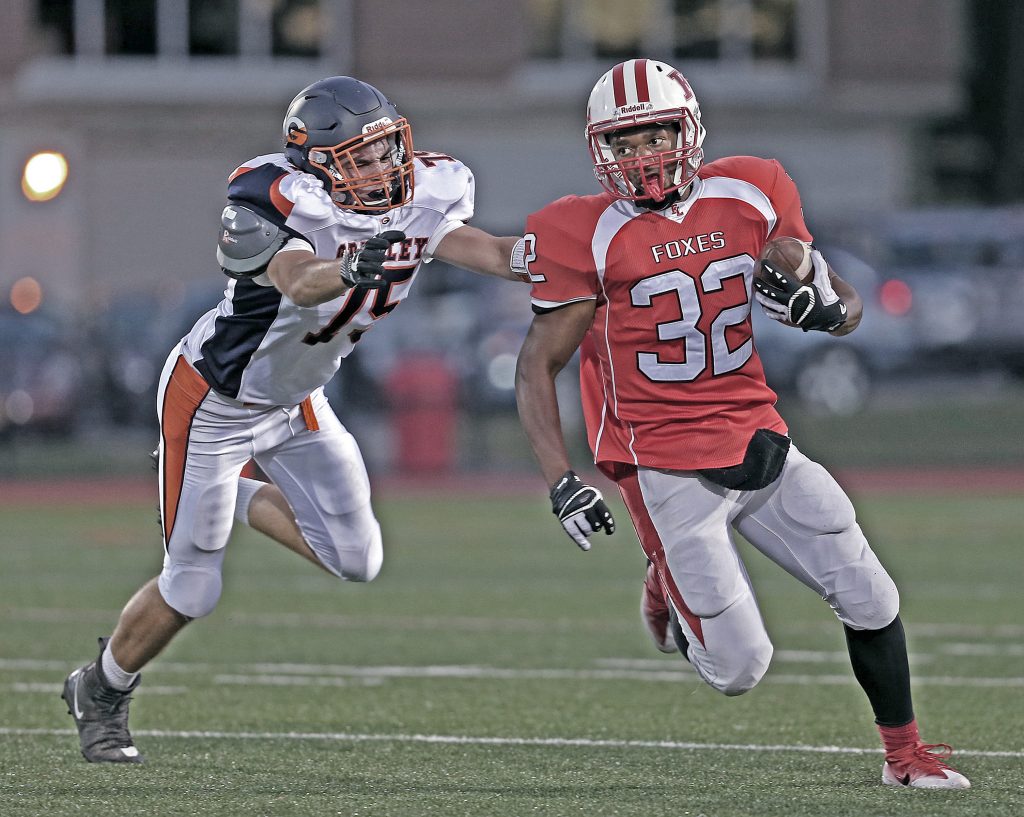 Fox Lane Overwhelms the Quakers With a Big First Half