Skip to content
The Examiner
September 21, 2013 Martin Wilbur Armonk, Mount Kisco, North Castle
We are part of The Trust Project

The state Assembly has awarded more than $14 million for transportation repair projects that will go primarily to replace a Saw Mill River Parkway bridge in Mount Kisco and to install a pedestrian signal at an Armonk intersection.

Assemblyman David Buchwald announced on Thursday that $13,824,000 will be used to replace the span over Kisco Avenue on the Saw Mill Parkway. Another $400,000 will be put toward introducing the flashing light to warn pedestrians that the signal is changing at two locations: the intersection of Route 128 at Whippoorwill Road East and Maple Avenue in downtown Armonk and at routes 22 and 172 in Bedford.

“This vital funding is great news for Westchester families and businesses,” Buchwald said. “The resources committed to these projects will help fast-track much needed upgrades and repairs, making roadways safer for the hardworking families that use them every day.”

The Saw Mill Parkway bridge received a score of 4 out of 10 in its structural evaluation by the state Department of Transportation (DOT). The 62-year-old bridge carries an average of 36,000 vehicles daily.

The traffic signal installation in Armonk will allow for a maximum degree of control. When properly timed, signals increase the traffic capacity an intersection can handle and improve the safety and efficiency of both pedestrian and vehicular traffic, Buchwald said.

The NY Works program was established last year to make vital repairs and upgrades to bridges and roadways in order to better preserve the state’s infrastructure and prevent the need for more costly rehabilitation in the future. The projects that have received funding through NY Works were identified as DOT priorities. 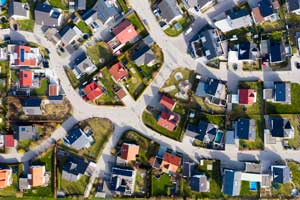