Skip to content
The Northern Westchester Examiner
January 3, 2019 Martin Wilbur 339 Views 2 min read
We are part of The Trust Project

Soundview Preparatory School in Yorktown is looking for a host family in the area for one of its new international students that will be starting their studies later this month.

At the start of this school year, Soundview launched its international student program where they received its first two students from China.

For the second half of the school year, which starts January 22, there are two more Chinese students arriving but one of them, a ninth-grade girl from Shanghai, does not yet have a host family, said Director of Admissions Allyson Montana. Montana hopes the school can receive interest from at least a few families and interview them over the next couple of weeks, so the student is settled when her studies begin.

The school, located at 370 Underhill Avenue, does not have housing on campus.

“We were surprised that we got these two students for January. We were very pleased and when we were starting this off, we were hoping for a couple of (more) students for next year,” Montana said. “But the fact that our presentations went well and we had two people to sign right away, so we hadn’t done our homework quite yet. So that’s why are in a rush to find a family.”

Families will be required to transport the student to and from the school each day, have an available bedroom for them with preferably their own bathroom, provide meals for them and include the student in many of their activities as possible, Montana said. It is also preferred that the family has a child fairly close in age to the student.

She said the students speak and understand English. They go home to their native land between the school years.

Soundview will offer compensation of about $1,200 a month.

Families don’t have to live in Yorktown but should be within reasonable commuting distance, Montana said. The two international students who arrived in time for the start the school year have been hosted by Soundview’s Head of School Dr. Ken Cotrone and also its head of guidance. The other student who will begin later this month, an eighth-grade boy, will be housed by a family in Greenwich.

Soundview, which was established in 1989, introduced its international program this year, Montana said. She mentioned that Cotrone thought that having students from abroad was in keeping with the school’s mission.

Recruitment started last year for the first students, two 17-year-olds. This fall, Montana, who is fluent in Chinese, visited the country when there were additional students who were also interested.

Montana said the experience will not only assist the visiting student but the host family and their children as well.

“There are plenty of studies out there showing that if students have a relationship with a student from another country, they are more likely to learn another language, more likely to travel, and most important, they are more likely to be open-minded and accepting of other cultures,” she said. “That’s why we chose to embark on getting an international program. It’s well-aligned with our mission but for families it really brings a lot.”

Soundview is planning to add more international students to its student body next year from a different region of the world. Montana said by next year free transportation will be provided for host families that live within 15 miles of the school. 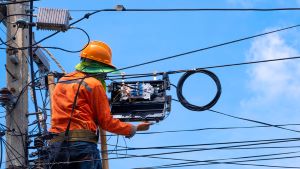 Second Suspect Charged in String of Larcenies from Vehicles in Peekskill