Section 1 champion Somers was the searing hot knife. Section 4 champion Union-Endicott was the butter, and the state-ranked (No.1) Tuskers (13-0) cut through the fourth-ranked Tigers like they were somebody’s backyard, thrashing their way to the Tuskers’ second NYSPHSAA Class A title since 2016 in a 58-21 beatdown at the JMA Wireless Dome in Syracuse last Saturday.

Behind an other-wordly effort from senior QB Matt Fitzsimons, Somers scored on every drive of the game, outside of kneeling out the half when the Tuskers had already amassed a commanding 37-14 lead and again during the final seconds of their second NYS title triumph.

The hours of preparation, the blood, the sweat, the tears… every ounce of what the Tuskers had left on the field in 2022 was more than worth it after Somers left the dome in 2021 as NYS runner-ups and returned with one collective mission in 2022. Things like doubt and regret don’t normally exist in the DeMatteo family lexicon, but Somers Coach Anthony DeMatteo lived a full year’s worth of second-guesses after going for two points in the final seconds of last year’s one-point loss to the Christian Brothers Academy. He was beyond emotional after the win.

After it was over, and Fitzsimons had gathered his emotions after tossing four TD passes and 264 yards while rushing for yet another score, he finished his post-game festivities and began to soak it all in. His legacy as the greatest QB in Somers history was cemented. His team is right there – nose to nose – with the 2016 team as the best in Somers history. And most importantly, he is beloved by teammates and coaches.

“The game was unbelievable,” Fitzsimons said. “It felt like we were part of a movie after losing last year and bouncing back the next year with an undefeated season. The boys were clicking all over the field, and we have never started a game stronger. It was the best feeling ever to get that win with my brothers since third grade, and I will never forget this weekend and my Somers football experience.”

Somers senior RB Ravi Dass, who finished with two TD grabs, took the opening kick 46 yards and then snagged an 18-yard scoring pass from Fitzsimons two plays later for the game’s initial score and a 6-0 lead. The PAT was no good but that was all that Union-Endicott (11-2) could stop on this particular day.

Somers senior DL Geroge Forbes then recovered a fumble to end Union-Endicott’s first possession before Somers sophomore scat-back Miguel Iglesias (3 catches, 74 yards) hauled in a 16-yard TD pass three plays later for a 12-0 lead. The two-point conversion failed as the Tuskers chased a couple of points. Somers then forced a three-and-out before Fitzsimons dialed up a 42-yard scoring pass to Dass two plays later for an 18-0 lead with less than six minutes off the clock #GameOverEssentially.

The Tuskers turned to senior FB Luke Savino to ground and pound. Savino tore the Tigers up for 165 yards and three touchdowns on just 14 carries. The team’s Swiss Army knife all season, Savino will never forget the experience.

“I have played with these seniors for nine years, creating a strong brotherhood and we have had tremendous success together,” Savino said. “With the addition of the kids who came to varsity this year we knew from the beginning we were gonna win it all. The coaching staff put in countless hours to make us the best football program in the state. I also think a huge reason for this team’s success is the strength of our youth program and the community support. This is truly an experience I will never forget.”

Somers is now an astounding 31-1 since the start of the 2021 (Covid) spring season and will open 2023 as the prohibitive Class A favorite in Section 1, despite losing a ton to graduation, much like the Tuskers did this season. None of that matters to second-year Coach Anthony DeMatteo, who has picked up where his dad, Tony DeMatteo (NYS’s second most all-time winningest coach), left off. The two are the first father-son coaches to win a NYS football championship since the tournament began in 1993.

“The Somers community means everything to me,” said an emotional Tusker boss Anthony DeMatteo, who may never have to buy another drink in Elephant land after taking the Tuskers to a pair of state title appearances in his first two years #BabyGoat. “I grew up there and live there with my family now, and it’s a tremendously supportive community from the administration to the people that live in town. To deliver a state championship to these people means so much to us. We were on a mission to do so.

“It means everything to us,” he added. “Before we left on Friday the community support was unbelievable and it literally means everything to me to give back to them and bring this plaque home. We have a college-level staff and the kids buy into everything and it shows on the field.”

DeMatteo’s players all buy in, knowing full well that the mutual commitment from players and coaches will pay true dividends and last a lifetime in most cases.

“I can’t even explain how I feel,” said Navy-bound Somers OL/DL Jake Polito, who served pancakes on the side and served as the team’s spiritual leader. “I wish I could be in this moment with these coaches and this team forever.”

The old adage “it takes a village” is a collective mindset put in place early on at Somers where the community buys in and believes from a young age that nothing less than a state title is the goal. Somers senior C Anthony Carino tweeted: “If you told me in youth football that I’d be ending my football career with a state championship, I’d 110% believe you.” That is common among the Tuskers and their coaching staff.

Somers sophomore RB Mason Kelly #PromisingFutureFullBack ran for one TD and snagged a Fitz aerial he took to paydirt. Senior DL George Forbes led the defense with six tackles while Luke Kennedy added five solo sticks and a pick. The contributions came from everywhere, including the youth coaches who coached these guys up well before they arrived at the varsity level. 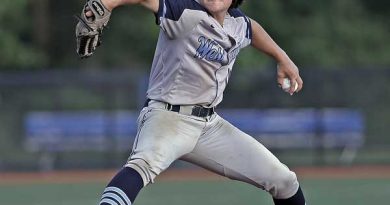 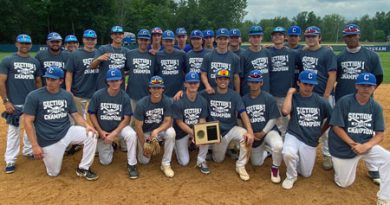