Skip to content
Generic SPORTS
September 10, 2019 Ray Gallagher
We are part of The Trust Project

‘The Crop’, Yorktown’s fabled student fan section, was at the top of its game last Tuesday at the Yorktown Soccer Tournament, kicking off the 2019 boys’ campaign in fancy fashion. Dressed in white-out garb, twirling American flags and running full speed ahead, ‘The Crop’ stampeded toward Charlie Murphy Field, setting the tone for what they hoped would be a sensational start to the season against defending Section 1 Class A champion Somers.

However, the NYS runner-up Tuskers had other ideas, snapping a 1-1 tie behind a fancy, game-winning, three-fake, free-kick goal by Evan Mazzola early in the second half.

The Crop, undaunted, pushed the Huskers into a frenzied finish, but it was the Tuskers who drew first blood in a 2-1 season-opening win. Somers G Declan Foley made eight saves and the Tuskers advanced to the championship game of the Huskers’ tournament where they knocked off Arlington B, 6-0, for the Husker tourney title.

Against Yorktown, Tusker Bennett Leitner provided Somers a 1-0 lead, though Husker Michael O’Connor scored the equalizer before the half.

Somers continued its hot start with a 4-1 win over host Tappan Zee last Thursday, going across the river to establish further dominance when ‘No Way’ Jose Giron finished with one goal and one assist. Giron sent a 30-yard laser into the top left corner, a stunning shot.

Derek Marques (from Leitner), Mazzola and Ethan Cukaj had one goal apiece. Senior maestro Drew Lasher added an assist for the Tuskers.

In the win over Arlington B, Cukaj put two between the pipes. Leitner, Giron (1A) and Freddy Gonzalez all tickled twine for the Tuskers (3-0).

“At this point we are still feeling our way, trying to fit the pieces together,” Somers Coach Paul Saia said. “We have a solid core of returning starters and got back a very fine goalie from academy. Our objectives are to never underestimate any opponent, always to play to the best of our ability, always give 110% and strive to get back to the sectional title game. Class A is always tough and this year will be no different, so we have our work cut out for us if we want to get back there.”

LAKELAND is building for the future and doing so with a 3-0 mark to open the season. In a 5-0 win over Saunders, Bryan Jaramillo, Sonny Karaqi and Austin Bergen each scored and set up another while Augie Karaqi and Nicholas DeSantis also scored for a balanced attack in front of a stout defense that saw G Nick Bassini notch the shutout with just three saves.

The Hornets added another win in a 4-1 triumph of Putnam Valley, taking a 2-1 halftime edge before blowing it open in the second. Lakeland goals were scored by Bergen, Jaramillo, Karaqi, plus an own-goal by PV. Lakeland’s assists went to Jaramillo, Karaqi and Nicolas DeSantis. Lakeland G Nick Bassani notched five saves but was beaten by Tiger Phillip Zallinger for a goal.

The deal for Lakeland is pretty straightforward; to build for the future, and the fact that both freshmen Jaramillo and Karaqi scored for the third straight game is pretty legit. Lakeland has outscored its opponents 11-1, though the competition has been light by former Hornets standards.

“We are building toward the future and this is a great start,” Lakeland Coach Tim Hourahan admitted.

Don’t sleep on BREWSTER. The Bears (1-1) posted a 2-1 win over Riverside last Thursday behind tallies from senior Daniel Giron and junior Kevin Sagastume.

“Our young players are gaining valuable experience this season, positioning us to be a strong

team going forward,” Coach Jerry Frieri said of the Bears, who return just one starter from last year and show eight players that are either sophomores or freshmen. “We expect to be competitive in every game. We play high pressure on the ball, and want to force mistakes.”

PANAS saw Tristian Phillips bag a hat trick in a 7-1 win over Lincoln.

Class AA sectional runner-up OSSINING is stomping on traditional Dutchess County powers to open the year. The Pride’s 3-2 season-opening win over Arlington was a great boost for the Pride last Tuesday, but they took it one step further in Thursday’s 3-1 win over highly-regarded John Jay EF.

Against Arlington, Jose Padilla and Nolan Lenaghan each scored in the blink of an eye for the Pride, providing a 2-1 lead before the half. Kevon Evans, off an assist from Juan Pablo Estupinan, provided the necessary insurance marker for the Pride.

In the win over Jay, Lenaghan, among the best in the section, struck again for the Pride, and then broke a 1-1 tie in the opening minutes of the second half. Eric Monges assisted both Lenaghan goals before finishing with a tally of his own in the game’s final minute.

Could be another big year for the Pride.

Examiner Media is begging boys’ and girls’ soccer coaches to email raygallaghersports@gmail.com with weekly and/or daily results, stats and comments for inclusion in our weekly soccer notebook. 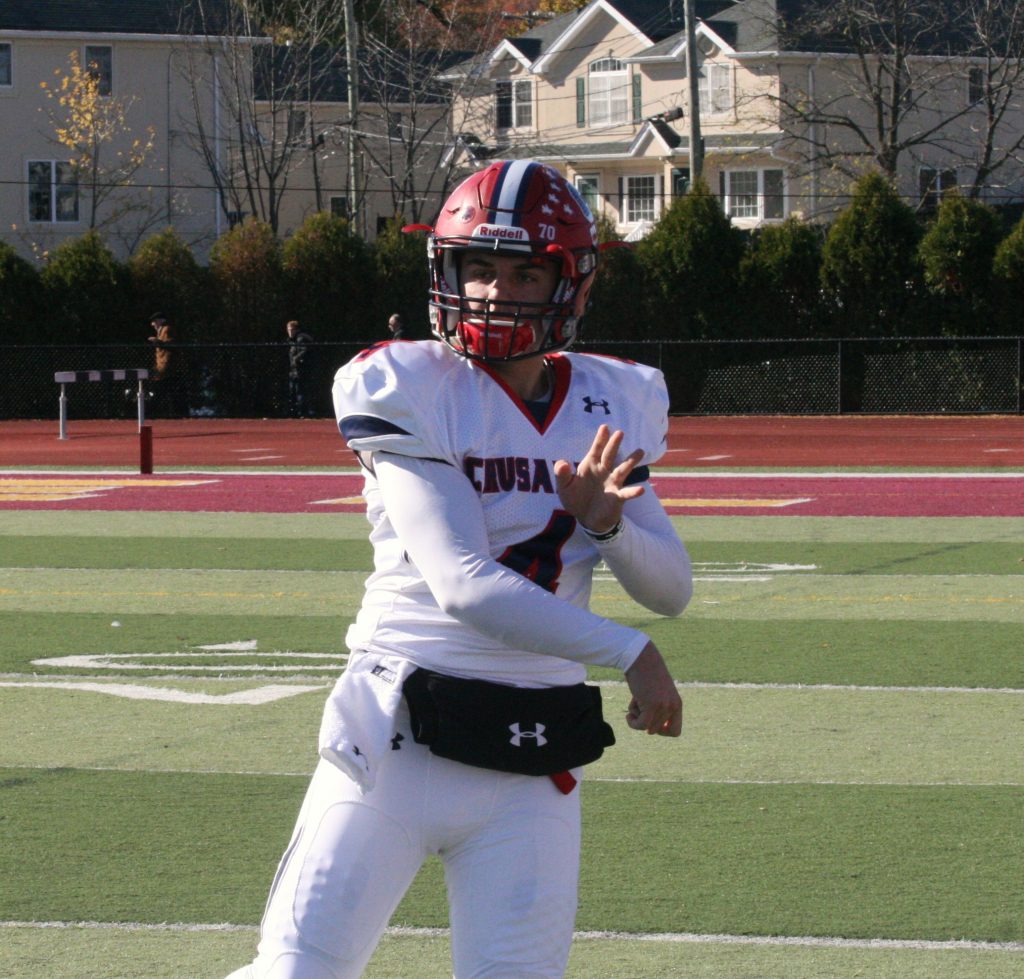