Arts & Entertainment The Northern Westchester Examiner
April 22, 2022May 4, 2022 Martin Wilbur
We are part of The Trust Project

When Jesse Kramer was finishing high school, he had to make a decision that some but relatively few might have had the courage to make. Performing at cafes, bars and street corners from the time he was 14, Kramer wanted to pursue a music career, that of writing and performing rock n’ roll.

Having grown up in a strict religious household outside of Indianapolis, his parents wanted him to have no part of that lifestyle.

So Kramer eschewed college and decided to go for a different type of education – moving to the musical melting pot of Nashville to set out and make his dreams a reality. It wasn’t easy, being forced to sleep in his car or on someone’s floor, enduring the hardscrabble life of a struggling musician.

But seven years later, including getting waylaid through the pandemic, Kramer has found his footing, buoyed by a large catalogue of original material he’s written and networking in Music City that opened the doors to his still-evolving career.

“Nashville as a town, being in that environment and having those experiences was going to be my college,” said Kramer who starts a month-long, 13-performance tour this weekend in Ohio before coming to The Turning Point in Piermont, Rockland County on Apr. 29 and The Bean Runner Café in Peekskill on Sunday afternoon May 1. “Every guy, whether a fresh face who’s been around for a minute, to one that claims a 10-year tenure to the jaded guy, I can kind of get the idea what the experiences are and put it to use for me.”

Kramer, 25, has written and released six EPs, all available on his website. But his big breaks were invitations to audition and then to perform on two highly popular television shows – Fox’s “The Four: Battle for Stardom” in 2018, and on “America’s Got Talent” just before the onset of the pandemic in early 2020.

“I was getting some traction in that in specific areas and making some friends and getting some pretty good gigs out of it, but (the TV appearances) kind of took me in a different direction,” he said.

Kramer’s soulful-tinged rock repertoire lasted for five of the eight episodes on ‘The Four,’ performing covers of “Hallelujah,” “You Are So Beautiful” and “Come Together,” among other favorites.

The experience got him a run of shows at casinos in and around Albuquerque where he opened for the likes of Steve Adler of Guns N Roses, Slaughter and Skid Row. He was also able to hang out backstage with Jonny Lang and Buddy Guy.

“There were some very cool things, you know what I mean,” Kramer said.

He was asked to try out for “America’s Got Talent” where he was accepted. In his televised performance, the judges, including Simon Cowell were impressed. He was ready to parlay that into some additional opportunities but COVID-19 soon short-circuited the entire industry and millions of others everywhere.

“It was definitely devastating and left everybody in the industry conflicted with life decisions, with us making this a career,” Kramer recalled. “How are we going to come back from this?”

Back in Nashville, he took the time to write and practice and stayed performance-ready whenever the world started to open back up. In some ways, the break separated those who are serious about their musical careers and those who aren’t, with experimentation through virtual home performances and other risk-taking moves, Kramer said.

“A pandemic isn’t going to stop you from picking up your instrument or writing how you feel or doing what you did in the first place,” said Kramer.

The upcoming tour that will bring him to Peekskill before he heads to New England has Kramer excited. Those are areas he’s wanted to explore for some time. He will play small café-type spots like The Bean Runner and larger venues such as the Angel City Music Hall in Manchester, N.H.

“This market has been the top engaging market without me even being there,” Kramer said. “This is going to be my first time. This is my top engaging market for over four years, so I’m really excited about being able to bring my music to all my New England fans, especially my New York fans because I feel like that’s a place I’ve got to visit.”

Kramer’s performance at The Bean Runner Café will be from 3 to 5 p.m. on Sunday, May 1. There is a limit of 40 people allowed.

For more information on Jesse Kramer and to buy tickets and his music, visit www.toomuchsoulfornashville.com. 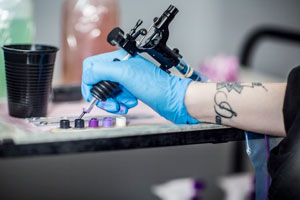 Somers Author Calls for Yankees to Refocus on Fans