Skip to content
Human Interest The Examiner
October 3, 2022October 7, 2022 Martin Wilbur Pleasantville
We are part of The Trust Project

New York Times crossword puzzle editor Will Shortz has barely been sick for the last 10 years. He believes he has found the elixir that keeps him healthy.

For the past decade, Shortz, who has owned and operated the Westchester Table Tennis Center in Pleasantville since its 2011 opening, has played table tennis every single day. If you’re counting, that’s 3,652 consecutive days, as of Oct. 3, the 10th anniversary of the last day he missed.

“First of all, it’s a very healthful sport,” Shortz, 70, said of the benefits of table tennis in his life. “It uses both the brain and the body. I have not been seriously sick since I started this (streak), and almost not sick at all. And table tennis is a social game. You’re just a few feet across the table from your opponent and you can talk, which you can’t do in most other sports, so it’s very friendly.”

Shortz acknowledged his drive to play every day is a tad obsessive. His self-imposed rules dictate that he must play for at least 10 minutes against a real person on a regulation table. Typically, he goes for 60 to 90 minutes. He must get in his play at some point between the moment he rises in the morning until the stroke of midnight that ends the day.

Shortz was determined to play daily starting in 2012. But a problem arose when he arrived in Croatia for the World Puzzle Championships in early October.

“I couldn’t read the signs, I couldn’t ask anyone in English, and the club that I was going to closed a little before I thought it would,” Shortz said. “I arrived just as it was closing. I don’t speak Croatian, so I couldn’t ask ‘Please, let me come in and play.’ So I missed that day; that was Oct. 3. Of course, I started again.”

And has been going strong ever since. Friends suggested he try playing every day in 2013, but film his exploits. He recorded his play from Jan. 1 to Dec. 31.

“Of course, I wasn’t going to stop playing table tennis, so the streak has continued,” Shortz said.

No doubt there have been challenges to keep the iron man streak alive. Since he has frequently traveled abroad to host the World Puzzle Championships and other events, hopping time zones can cause problems. When heading from New York to Asia, since it’s on the other side of the International Date Line, Shortz must play before he leaves for the airport.

One year, when the championships were held in Bangalore, India, he traveled on Emirates airline to Dubai to stay over for a couple of days to make sure he could play.

Another time, on a trip to Hawaii, Shortz had a scheduled noon flight local time back to New York, and the taxi service was scheduled to take him to the airport at 9:30 a.m. The length of the flight and the time zone change mandated he play before leaving.

The hotel where he was staying had a ping pong table near the pool, but there was no one there to play in the morning. When his cab arrived, he convinced the driver to be his opponent for 10 minutes.

“I gave her a nice tip and that’s how I kept the streak alive,” Shortz said.

The pandemic shutdown in 2020 also presented issues. His center was shuttered to the public for three months, but he went there to play with a friend who wanted him to continue. Not even a COVID-19 positive last December stopped him.

“It wasn’t so bad, though,” Shortz said. “I came over after closing hours and a friend played with me, and it’s a pretty safe sport. The table is nine feet across and the tables are spread out. We have a 23-foot ceiling so it’s almost like being outdoors.”

“I think it’s one of those quirky miracles that deserves extraordinary attention,” Zeitlin said.

Amoolya Menon, 13, of Mount Kisco, one of the top players in her age group in the United States, said she tries to play every day, so she understands the dedication required.

Shortz knows that there will be some circumstance one day that will prevent him from continuing. But until then, he’s always ready for a game. 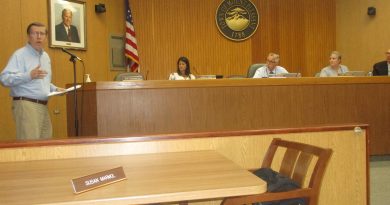 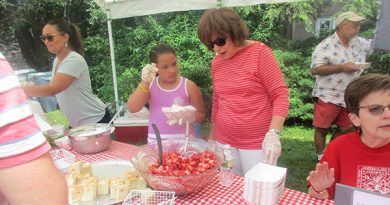