Skip to content
The Northern Westchester Examiner
December 17, 2019 Rick Pezzullo
We are part of The Trust Project

The environmental advocacy group that was involved in the negotiations that led to the decision to close the Indian Point nuclear power plants is publicly opposing the company selected to decommission the facility in Buchanan.

Riverkeeper has launched a petition urging Entergy Corporation, owners of the plants, and Governor Andrew Cuomo to put the brakes on the transfer of Indian Point to Holtec International. Last month, Entergy Corporation and Holtec International, through their affiliates, announced they had jointly filed a License Transfer Application with the U.S. Nuclear Regulatory Commission, requesting approval for the transfer of the NRC licenses for Indian Point to Holtec after the last unit permanently shuts down by April 30, 2021.

Holtec plans to initiate decommissioning at Indian Point, following regulatory approvals and transaction close, as much as 40 years sooner than if Entergy continued to own the units.

“Holtec has never decommissioned a nuclear facility before, and its entire nuclear “fleet” was acquired less than a year ago. Decommissioning is far more complex than just spent fuel management, especially at Indian Point, a site with known radioactive groundwater contamination,” Riverkeeper stated. “Even in its area of ‘expertise’ Holtec’s spent fuel management system at San Onofre nuclear power plant is proven to have serious design flaws, and Holtec has a history of risk-taking with spent nuclear fuel canisters, brought to light by whistleblower actions.”

“Riverkeeper is fully vested in a quick and safe decommissioning of Indian Point once it closes. We demand that decommissioning happen in a prompt, safe manner by a company with a long track-record of experience, something that Holtec does not have,” Riverkeeper continued. “We’re only asking that Entergy select a qualified company to take on this arduous task of decommissioning, site cleanup and management of spent radioactive fuel, while keeping 20 million New Yorkers safe.”

In January 2017, Entergy, which purchased the Indian Point plants more than 16 years ago, announced, to the complete surprise of local leaders, its plan for the early and orderly shutdown of Indian Point by April 30, 2021 as part of a settlement with New York State and Riverkeeper.

“This agreement provides what we’ve been fighting for, for decades: a definite early closing date for Indian Point—our biggest existential threat in the region,” Riverkeeper President Paul Gallay said when the announcement was made in 2017. “It’s a win for the safety of our communities, a win for the Hudson River and all the rich variety of life within it, and a win for a clean, sustainable energy future.”

Holtec officials have stated its plan for decommissioning will result in the release for re-use of portions of the site in the 2030s, with the exception of the Independent Spent Fuel Storage Installation – the area where spent nuclear fuel is safely stored in dry casks until the U.S. Department of Energy transfers the spent fuel offsite. As part of its plan, Holtec expects to move all of the Indian Point spent nuclear fuel into dry casks within about three years following facility shutdown in 2021.

Holtec has a pending application with the NRC for a Consolidated Interim Storage Facility in New Mexico, which could eventually store spent nuclear fuel from Indian Point and other U.S. nuclear power plants.

Jerry Nappi, a spokesman for Entergy, issued a statement on behalf of Entergy and Holtec when asked to comment on Riverkeeper’s opposition.

“Holtec’s technical expertise and experience means that they can perform decommissioning more cost-effectively, and thus can complete the work as much as 40 years sooner than Entergy,” Nappi stated. “Riverkeeper has no experience operating a nuclear plant nor any accountability for taking one apart for decommissioning. The organization that insisted for decades that the facility shut down now opposes the plant’s decommissioning by one of the world’s leading experts. Holtec and its affiliates have previously been approved by the NRC to decommission other U.S. plants, demonstrating that they have the technical and financial qualifications to perform the work safely and efficiently.”

Riverkeeper stated more than 1,300 individuals have already signed on to support their stance and stressed it is prepared to challenge the license transfer to Holtec in both state and federal proceedings.

“We’re pushing for the establishment of community advisory boards on both the state and federal level to give community members a voice regarding site cleanup, use of the decommissioning fund, and the eventual site reuse,” Riverkeeper stated. “We urge state and federal regulators that any such board must be independent from industry and have real power to ensure that the license holder is completing the process correctly.” 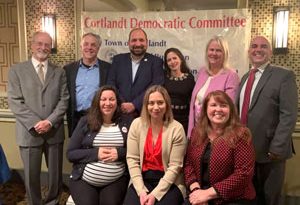