Skip to content
The Northern Westchester Examiner
August 28, 2020 Rick Pezzullo 2073 Views 0 min read
We are part of The Trust Project

A cash reward of up to $5,000 is being offered for information that leads to the arrest and conviction of the person driving a vehicle that fatally struck a bicyclist in the area of the North County Trailway and Birdsall Drive in Yorktown on August 23.

At approximately 10:49 a.m. on August 23, Yorktown Police received a call of a bicyclist down on Birdsall Drive. When police arrived the victim was lying in the roadway with CPR being administered. The unidentified victim was transported to an area hospital and later died from the injuries.

An investigation determined the victim was struck by a gray or silver SUV or minivan that fled the scene southbound on Birdsall Drive to Route 118. The vehicle reportedly had passenger side damage and a broken rear tinted window.

The family of the victim is offering the reward through New York State Crime Stoppers. Anyone with information is asked to call Yorktown Police at (914) 962-4141 or the Crime Stoppers Hot Line 1-866-313-8477. 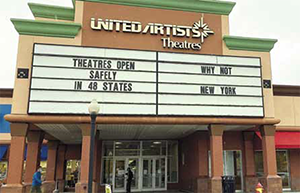