Retirees and those with 25 years of service in the White Plains City School District (WPCSD) were honored with a special presentation and certificates at the Board of Education meeting on June 13.

“Tonight, we want to express our gratitude and appreciation to all of our retiring educators who spend most of their lives in public service to the students in the greater White Plains community,” Assistant Superintendent for Human Resources Scott Pepper said. “As stated in our mission statement, they have educated and inspired students, nurtured their dreams, taught them to think continually, think critically and pursue their aspirations so they could contribute to a diverse and dynamic world.”

“On behalf of the Board of Education, superintendent, your colleagues, students and parents, we salute you,” Pepper said. “We thank you for making a positive difference in the schools, and we want you to know that you have left a legacy of excellence.”

Superintendent of Schools Dr. Joseph Ricca noted that it is invaluable when you look at all of the time, effort and attention the retirees have invested in the district’s children over their careers.

Board member Sheryl Brady highlighted that among the retirees and those observing 25-year anniversaries, they have dedicated more than 1,000 years combined of dedicated service to White Plains schools.

Board member Randy Stein added that, as a district, White Plains is incredibly lucky to have both extraordinary educators and caring people.

“That teaches our children how important it is to be caring and what is so valuable,” Stein said. “Thank you so much because you’ve enriched all of us as well as our students.”

Board President Rosemarie Eller said that the retirees’ commitment to the district will forever be remembered through the students’ lives they touched and the stories they tell.

Longtime district clerk Michele Schoenfeld was also presented with a plaque at the meeting to officially rename the Education House Assembly Room at 5 Homeside Lane after her. Schoenfeld will be retiring at the end of this year after four decades with the district.

“Thank you all very much,” Schoenfeld said. “It’s been a long ride and a lot of fun. I really appreciate all these honors.” 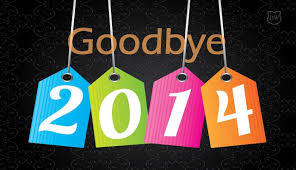