Skip to content
The Examiner
March 21, 2016March 21, 2016 Martin Wilbur Chappaqua, New Castle
We are part of The Trust Project

Commissioners for New Castle Fire District No. 1 plan on scheduling a referendum for later this year to pay for an expansion of the Bedford Road firehouse to bring the facility up to modern firefighting standards.

The district is in contract to buy the adjacent parcel currently owned by veterinarian Dr. Martin Horowitz of the Chappaqua Animal Hospital for $1.62 million to accommodate a roughly 13,000-square-foot addition, said Commissioner Christopher Weddle.

A price tag for the new construction will not be known until next week, Weddle said.

On Sunday afternoon, Weddle and project architect Bob Mitchell said during an hour-long presentation at the Chappaqua Public Library that the current facility is inadequate to house today’s larger equipment and that the building fails to comply with the Americans with Disabilities Act.

The original structure was built in the 1950s followed by an addition in the late 1970s. Weddle said the fire district commissioned a study by Emergency Vehicle Response, a firefighter safety organization, recommending a new firehouse or an addition to the current facility.

Fire district officials are tentatively scheduled to appear before the New Castle Planning Board for site plan review starting next month, Mitchell said. A target date for a referendum is late fall or early winter. If the proposition is approved by voters, the district could go out to bid next spring, he said.

The firehouse would feature three new bays that would be able to handle today’s larger trucks for the Chappaqua Fire Department, Mitchell said. The new wing would be built with entrances on two sides of the building. As a result, the vehicles would leave the station onto King Street, allowing the bigger trucks to return to the firehouse via Memorial Drive instead of backing in and blocking King Street traffic.

There also would be improved facilities for storage of gear and separating the equipment that needs to be decontaminated following a fire to guard against jeopardizing the health of the firefighters, Mitchell said.

“The issues that come up again and again are protecting the firefighters’ health,” Mitchell said.

In addition, there would be more room between trucks, reducing the risk of accidents when volunteers rush out to a call.

Other features would include office and meeting space, a firefighter training area and space for the volunteers to socialize. The addition would free up space in the existing firehouse for the antique fire trucks and other equipment now being stored at the district’s Senter Street firehouse. That firehouse was built in 1924, and the property would likely be sold to help defray the cost of the project, Weddle said.

Weddle mentioned that the board of commissioners have been planning an addition for more than a decade. In 2008, the district was prepared to buy the animal hospital property for $2,050,000, but that transaction failed to materialize. Last year the asking price had dropped to $1.75 million. Most recently, the asking price dipped again.

However, other parties are interested in acquiring the animal hospital parcel, putting pressure on the district to Weddle said.

There are few alternatives for a new firehouse that is as strategically located as Bedford Road. Building a new firehouse at Chappaqua Crossing was considered, but the current site would be more effective responding to properties in Pleasantville that the district is under contract to cover as well as reaching all of its New Castle residents.

“Building someplace else is not an option,” Weddle said. “There aren’t any commercial properties for sale.”

Weddle and Mitchell agreed that this facility will serve the community for generations.

There will be additional public outreach and informational meetings scheduled by the commissioners in the coming weeks and months.

County to Upgrade North County Trailway Over the Next Year 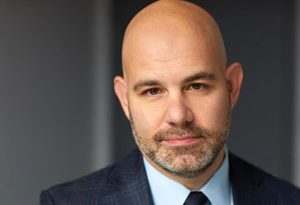 New Castle Town Board Agrees to Up Saland’s Salary, Provide Back Pay

No. Castle Ward System Petition to Be Submitted This Week