Government The Examiner
September 26, 2022October 1, 2022 Martin Wilbur North Castle
We are part of The Trust Project

Speculation continues to swirl as to why a majority of the North Castle Town Board this summer decided to replace a respected law firm as its labor and environmental counsel.

Questions continue to surface stemming from the board’s 3-2 vote on July 27 to find new representation rather than continue working with Keane & Beane. The mystery deepened after the law firm’s principal member, Lance Klein, wrote a blunt three-page letter on Aug. 10 in response to the Town Board for its decision.

The letter was recently made public after the board voted to receive the document at its most recent meeting.

The three councilmembers who voted to end the town’s relationship with Keane & Beane once it secures new labor counsel, Jose Berra, Matt Milim and Saleem Hussain, had little to say about the move since much of the discussion on the issue took place in executive session. They all declined to address why they found it necessary to make a change.

“In terms of the decision itself, I thought really carefully about this for a while, and I can only speak for myself, I felt like I had no choice and I had to do what I thought was in the best interest of the town,” Milim said.

In the Aug. 10 letter, Klein noted in the first paragraph that the letter was not written confidentially as an attorney-client conversation. He indicated that he was puzzled as to why the firm was being replaced. Keane & Beane has served the town as its labor counsel for the past eight years and environmental counsel for the past 12 years.

“To note that the Majority’s actions are confusing would be an understatement,” Klein wrote. “At no time has the Majority requested a meeting with Keane & Beane to discuss any issues concerning our advice or performance.”

“The cases we have won – including one this year in the New York State Appellate Division, Second Department – speak for themselves,” he later continued. “The Majority can point to no losses or improper, unsound advice given by our firm.”

Councilwoman Barbara DiGiacinto, who praised Keane & Beane’s performance, said the first inkling of a potential change occurred at January’s organizational meeting when Milim was opposed to extending Keane & Beane’s contract for the full year, which is customary. He was the dissenting vote while Berra abstained.

Then on July 13, a resolution placed on the ballot authorizing Town Administrator Kevin Hay to issue a Request for Proposal to retain labor and environmental counsel unanimously failed. But it was shortly after that vote when DiGiacinto said a member of the majority sent an e-mail the next day asking when the board would start interviewing law firms to find new labor and environmental counsel.

“I thought that was deceitful for our department heads and employees, deceitful to the public and certainly deceitful to Keane & Beane, and in my opinion, the Town of North Castle doesn’t work that way,” DiGiacinto said.

Supervisor Michael Schiliro said the majority has provided no reasons for a switch.

“I was very happy with Keane & Beane. They are an excellent firm, they provided excellent service to the town and I was not interested in making a change,” Schiliro said.

Since the majority does not want a Request for Proposal to find its next labor and environmental counsel, Schiliro said the town has to reach out to firms instead of having them respond.

“I don’t see that we should be changing, but if you’re going to change, to me, the way to do it is (to) do a Request for Proposal,” he said.

The supervisor said he was unsure when the town would secure new counsel.

But Milim said an RFP is not something to use when searching for a law firm. There’s a limited number of proven outfits that represent municipalities in the area.

“When you’re hiring a law firm, you don’t need an RFP,” he said. “You know who’s qualified and what the job is.”

Klein stated that Keane & Bean will represent the town on labor issues until the board hires another firm or when the retainer expires at the end of the year. Any court dates that might arise, their legal team would ask the court for an adjournment, but they will not engage in day-to-day tasks for North Castle such as fielding questions on the phone or reviewing Freedom of Information Law requests.

“Keane & Beane is incredibly proud of the work we have performed for the Town over the years and stand by our dedication and loyalty to the Town,” Klein wrote. 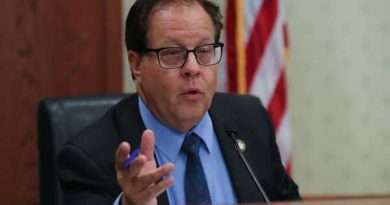 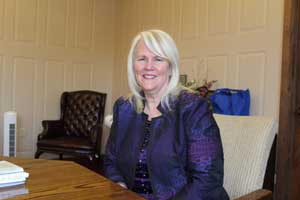 Puglisi Decides Not to Take Paid Consulting Role in Cortlandt