As they stepped off their bus Friday afternoon following a 75-minute ride south, the players on the Roy C. Ketcham basketball team probably had no idea what awaited them inside the gym at Horace Greeley High School — flashy digital scoreboards rarely even seen on college campuses, filled-beyond-capacity bleachers and, to top it off, an elite opponent intent on dominating at both ends of the floor.

It all added up to a game that was no contest, an overwhelming rout from start to finish. By the time it mercifully came to an end for the shell-shocked Indians, Greeley had thoroughly entertained what might have been the largest home crowd to witness a game in Chappaqua.

Led by Christoph Sauerborn’s game-high 24 points and a combined 31 more from stars Chris Melis and Nick Townsend, the second-seeded Quakers cruised to a 75-37 demolition of their 10th-seeded opponent from Dutchess County in a Section 1, Class AA quarterfinal game that was all but decided after the first eight minutes. A 26-2 run bridging the first and second quarters gave the Quakers a 30-point advantage and assured them of their 16th consecutive victory.

“It’s easy when we’ve got this kind of atmosphere, so props to all the students and the community for coming out,” said Greeley head coach Matt Simone shortly after the Quakers had punched their ticket to the semifinals at the Westchester County Center. “I’m just happy the way the guys came out. You know, the atmosphere here, the student section, they were excited to play here and they showed that. They came out and played a great game.”

In front of a packed house, with portable bleachers installed along one baseline allowing excitable Greeley students to get even closer to the action, the Quakers wasted little time convincing the Indians that their season was about to end. RCK’s Phoenix Bowman connected on a jumper 50 seconds after the opening tip to put the Indians in front, but then two straight baskets from Melis gave Greeley a lead it never lost and started a 9-0 spurt.

A 3-point shot from the right corner by Ketcham’s Quentin Bowman cut the Greeley lead to 12-6 with 3:25 left in the first quarter. But the Quakers proceeded to close the period with 11 straight points, starting with a Melis top-of-the-key 3-pointer and ending with a Sauerborn runner from the right baseline.

“Our focus was how we came out,” said Simone, who was hoping to avoid the slow start the Quakers had in their opening-round win over Ossining six days earlier. “We obviously played a great game against Ossining, but we didn’t come out good. We played them pretty even the first quarter, so we talked about getting that start. That was definitely a focus of ours, and the guys responded to that.”

The second quarter began with a Quaker turnover that led to a layup by Ketcham’s Brendan Cassidy, but Greeley answered with the game’s next 15 points. The run included put-back buckets from Townsend, Will Lafortezza and, finally, Melis, whose follow of a rare Sauerborn miss with two minutes left in the half capped the spurt and gave Greeley a 38-8 lead.

When Townsend, who finished with 15 points and 11 rebounds playing little more than half the game, stepped out and drained a 3-pointer from the left corner to give the Quakers a 41-11 cushion with 1:18 to go before halftime, the Greeley students began serenading the Indians with chants of “start the buses, start the buses.”

Townsend’s trey was soon followed by another from the opposite corner by Carter Salore. The half ended with Melis following up his own miss just before the buzzer, and the downtrodden Indians shuffled out of the gym at intermission facing a 46-14 deficit.

A minute into the second half, Sauerborn gave Ketcham a hint the second half wouldn’t be much more fun than the first, knocking in a 3-ball from the left corner. Soon after, Greeley went on a 90-second 8-0 spurt, getting two baskets from Townsend and then two on fast breaks by Sauerborn. His second one opened up a 41-point margin.

Sauerborn, the only starter still on the floor, connected for his sixth and final 3-pointer with five seconds left in the third quarter to give the Quakers a 64-25 lead. If the Indians had arrived thinking they would have to deal with Townsend and Melis around the basket, Sauerborn sure gave them something else to worry about.

“Since the day Melis came back (from a preseason shoulder injury), the main benefit of that is Christoph,” said Simone. “He had a lot of guys right up in his face and now it’s kind of like if you’re gonna have to guard him then it’s gonna open things up in the middle. The addition of a healthy Chris Melis definitely opens up the floor for him.”

In the fourth quarter, with Simone giving his bench lots of playing time, the Quakers built their largest lead of the evening, 73-28, following five straight points from reserve guard Zach Eichenberg, who nailed a 3-pointer from left of the key and then tossed in a 15-foot leaner left of the lane. RCK then managed to tally nine straight points before Greeley’s Sam Rosenberg closed the game’s scoring with a pair of free throws.

Now the challenge for the Quakers should get much tougher. They face third-seeded New Rochelle in the first of Friday night’s Class AA semifinals at the County Center, a place where the Quakers, playing without Melis and Townsend, dropped two games back in late December, one of them to the Huguenots.

“It’s positive that we had the chance to play there,” said Simone. “But obviously we’re a different team than what we showed at the Slam Dunk Tournament. So our guys are pumped.” 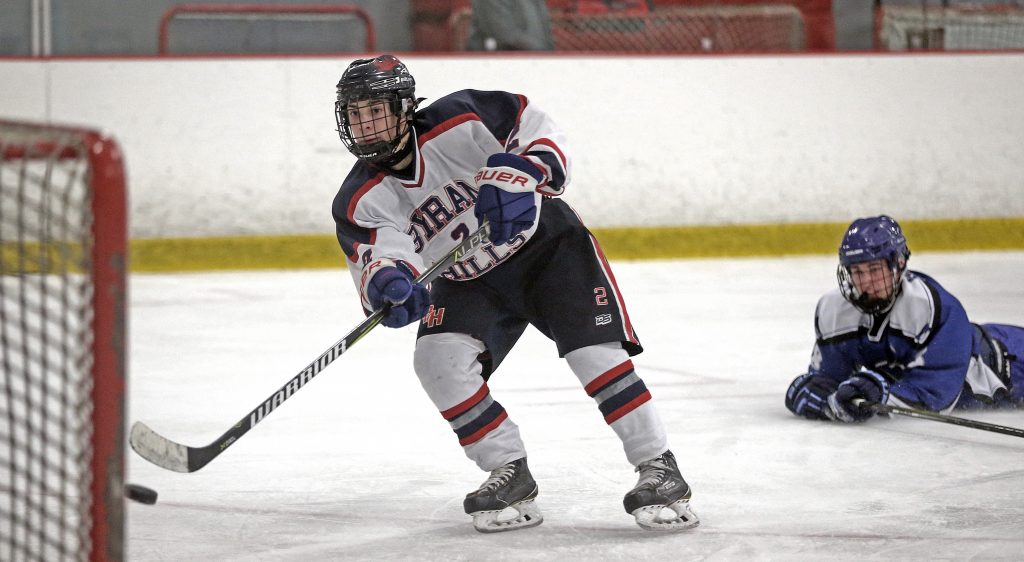 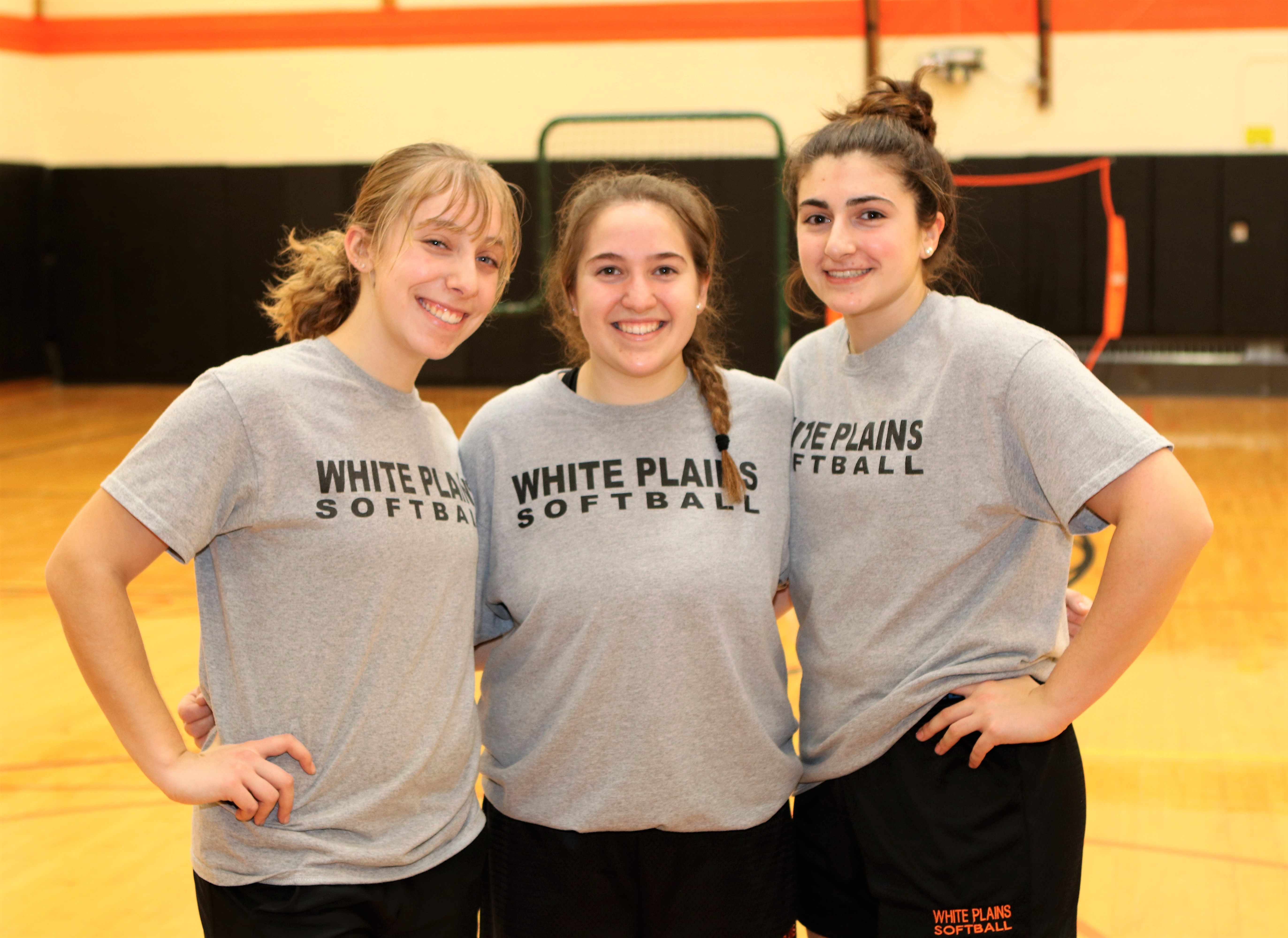