Skip to content
The Examiner
January 15, 2020 Martin Wilbur 1487 Views 3 min read
We are part of The Trust Project

For families who have children with developmental disabilities, there are often plenty of services available to them while in school.

But when the children reach adulthood, much of the support system that families depended on for years disappears.

Spectrum Designs Foundation, a Long Island-based nonprofit organization that has been addressing unemployment and a dearth of programs among the adult special needs population, is expanding to a second location in Pleasantville this year. It provides adults on the autism spectrum vocational training and employment opportunities so they can achieve a measure of independence and lead meaningful lives.

Lee Anne Vetrone, development manager for Spectrum Designs, said as much as 90 percent of the adult autistic population is unemployed or underemployed, and the organization fills a gaping void for them.

“Services end, support ends, parents are at a loss,” Vetrone said. “We have three co-founders and they said there’s got to be something more and we know there is.”

Spectrum Designs is expected to move into its newest location, an 8,000-square-foot multiuse production facility at 199 Tompkins Ave., sometime this spring. The structure will house its Westchester workers in the organization’s different businesses as well as provide satellite offices, said Jothy Narendran, president of the organization’s board of directors.

While a nonprofit, Spectrum Designs is actually a business that produces custom apparel, promotional items and baked goods and provides laundry services using the special needs population as much of its workforce, said Amy Beyer, a parent of an adult son with autism who is president of the board of the Nicholas Center, which is a connected program that provides support and training for the participants. Founded nine years ago in Port Washington, all of its revenue from the sale of its products and services is reinvested into its programs, she said.

There are nine Westchester families that helped bring Spectrum Designs to the county. Dependent on fundraising, donations, grants and revenue from its businesses, Spectrum Designs was recently awarded a $240,000 state Regional Economic Development Council grant, that will help pay for the expansion.

One of the three co-founders of the organization, Stella Spanakos, whose adult son is autistic, said she and fellow co-founders Patrick Beardsley and Nicole Sugrue established a pilot program in 2011 where they would create apparel, which was seen as a sort of recession-proof business.

“I looked at him and I looked at all his classmates and I said what kind of future do they have,” said Spanakos, who was among the more than 250 people who welcomed Spectrum Designs to Pleasantville last Thursday when it hosted a hard hat party at the Tompkins Avenue facility.

Beyer said the progress made during the past nine years has inspired the organization to expand. It has helped many of the 43 participants experience a sense of self-worth and teaches them important life skills. The workers are paid at least minimum wage and work a manageable schedule where they can succeed.

Recently, Beyer’s son moved into his own residence with two other participants within walking distance of the Port Washington location. Spectrum Designs also partners with local school districts, something it expects to do in Westchester.

“The community has embraced them,” Beyer said. “There’s a group in Port Washington where they grow beds of vegetables and take care of the plants. We have four flower pots in the middle of town and the Spectrum participants take care of them.”

Spectrum Designs doesn’t give its participants busy work, but meaningful jobs that companies and organizations depend on, Vetrone said. It was awarded a bid for its workers to make Metro-North safety jackets for the railroad workers to wear when they work on or near the tracks, garments that need to be changed every three years.

Other companies that Spectrum’s staff have provided services or products to include Uber, Northwell Health and NYU Langone, Vetrone said.

“We’re just thrilled to be in Pleasantville,” she said. “We really are. It’s similar to Port Washington in a way. It’s a very small, tight-knit community and there’s a lot of interconnectedness, a lot of people out doing good in the world.” 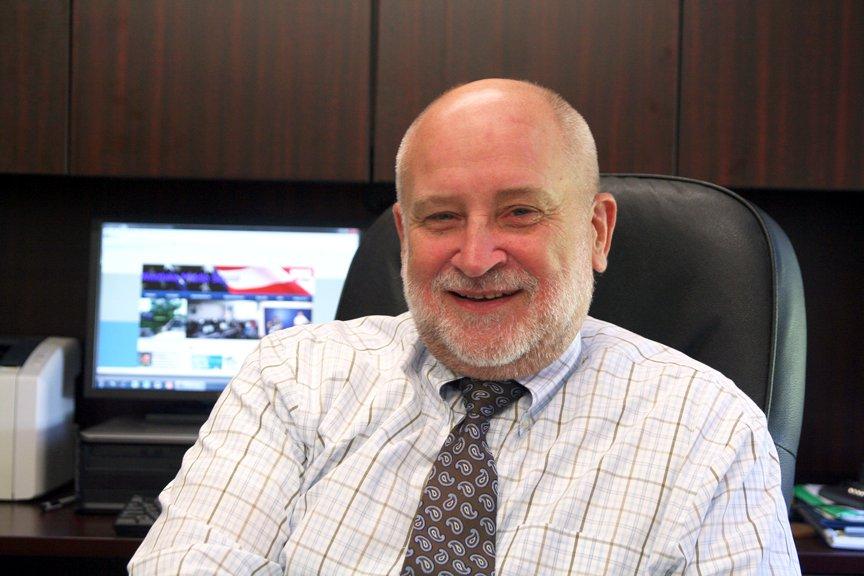 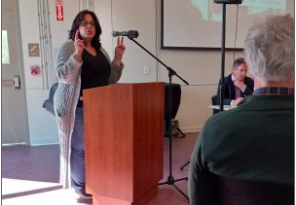