Louis Dorio was a still young patrol officer for the Harrison Police Department in 1984 when he was given a limited assignment as a detective.

Within four days, the bodies of two girls were found across the street from a local high school and Dorio’s detective lieutenant told him, “It’s your case, kid.”

Some 35 years later, Dorio has penned the vivid details of the investigation in his newly-published, real-crime novel titled “Murder Finds the Suburbs.” It was released in July by Outskirts Pres.

The longtime Pleasantville resident based his novel on the actual case known as the Bag Murder Case.

“I was involved as lead investigator from the moment the bodies were found,” Dorio said. “It was a complete surprise for Harrison, considered a safe suburb with three colleges, major corporations and an airport. People always said murder isn’t supposed to happen here. That was the mentality.”

“I included everything in the story – finding the bodies of the girls after they were killed in the Bronx, the autopsies, tracking down the killers and getting them convicted.”

The story intertwines circumstantial evidence that crossed Dorio’s desk, testimonies of the accused killers and their ultimate convictions. The main character, Rocco DeMarco, faces danger when he encounters a character modeled after a homicidal former enforcer from Fidel Castro’s Cuba, who came to the United States as part of the Mariel Boatlift in 1980.

“All three of the accused got convicted, one died in prison, the other two left are still serving 50 years-to-life sentences,” Dorio explained about the real investigation. “It was a personally rewarding case for me.”

Similar to Stephen King, whose ideal reader is his wife, Dorio’s wife, Adrienne, served the same function while he was writing the book.

“It was my wife, who is an avid reader, who first urged me to write the book,” he said. “It took me a little over four years from when I first sat down to write it to getting it published.”

Along the way, Dorio received feedback from friends who are writers and a professional editor.

Born and raised in White Plains, Dorio retired as Harrison’s police chief in 1996 after working on the force for 20 years. He rose through the ranks from patrolman, to sergeant, lieutenant and captain before spending the last three years as chief. Before joining the department, Dorio served in the U.S. Navy aboard the USS Oriskany in the Gulf of Tonkin during the Vietnam War, then took a job with the Westchester County police, before leaving after six months to join the Harrison Police Department.

He has been an adjunct professor of criminal justice at Westchester Community College and has previously taught at several other colleges in the county.

Dorio has lived in Mount Pleasant since 1977, the last 16 years in Pleasantville, where he resides at Foxwood Condominiums after calling Hawthorne home for nearly 27 years. He has two daughters and five grandchildren.

Personal signings of his book are planned in the near future at Pleasantville’s The Village Bookstore and Scattered Books in Chappaqua. Dorio recently dropped off a batch of signed copies of “Murder Finds the Suburbs” at The Village Bookstore. He put them on the counter and a woman waiting to buy some books asked the cashier what Doria’s book was about.

“The cashier told her ‘Why don’t you ask him, he wrote it,’ as she pointed to me,” Dorio recalled. “The woman bought the book. It was my first sale.”

Dorio is also scheduled to speak on www.westchestertalkradio.com. on Sept. 27.

More Than 3,000 Still Without Power in New Castle

Study Sought on Impact of a Chap Crossing Supermarket 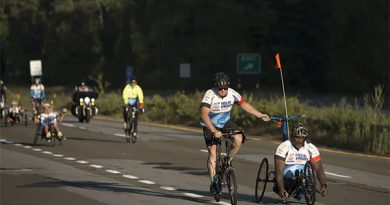