Harckham also commemorated Bourges’ military service at a special ceremony held at the Putnam Veterans Home, with a number of veterans and local officials in attendance.

“John has had a unique career in public service and in serving his country,” said Harckham. “Through his work as program coordinator for the Dwyer Vet 2 Vet Program of Putnam County, he has made a difference in the lives of countless veterans. His work to ensure funding for the Vet 2 Vet program in the state budget year after year, as well as to expand the program, has been just remarkable. John certainly deserves our thanks for all that he has accomplished.”

At the ceremony, Harckham presented Bourges with a commemorative plaque and a Senate Proclamation regarding his Hall of Fame induction. In addition, Bourges received a United States Flag flown over the State Capitol in Albany on November 10, 2021.

“I am grateful to receive this honor, but at the end of the day it really belongs to all of the veterans here in Putnam County,” said Bourges. “Being able to help veterans has been the most important and rewarding work of my lifetime. And receiving this recognition here in front of the veterans I have worked with makes it all extra special.”

Elected as the Putnam County Coroner in 2015, Bourges retired last month from his position as program coordinator for the PFC Joseph P. Dwyer Vet 2 Vet Program of Putnam County. Twenty years earlier, he had retired from the New York Police Department. A former detective, he is the recipient of the NYPD’s Lifetime Achievement Award.

Bourges followed his meritorious career in the NYPD by returning to Westchester Community College to study nursing. He later worked at White Plains Hospital as an ICU nurse until 2006, when he enlisted in the U.S. Army Reserves at the age of 50 as a 2nd Lieutenant with the 405th Combat Support Hospital. Deployed to Iraq, he served with the 325th Combat Support Hospital as part of Operation Iraqi Freedom and was promoted to Captain before being honorably discharged in 2014.

As program coordinator for the Dwyer Veteran Peer Support Program of Putnam County for nearly seven years, Bourges helped expand the program’s service and was later honored with the Vincent Peale Outstanding Service Award for his efforts. He has served as an advisory member of the Putnam County Suicide Prevention Task Force as well.

“John built up the Vet 2 Vet Program here in Putnam County and made it a viable force for other veterans’ programs across the state,” said Karl Rohde, director of the Putnam County Veterans Service Agency. “He likes to say that his work is focused on ‘one vet at a time,’ and he puts all of his heart and soul into helping others. We are so proud of him.”

Rohde pointed out that Bourges was preceded in the New York Senate Veterans Hall of Fame by a former Putnam Veterans Home house manager—Rev. Floyd Fisher, a U.S. Army and Office of Strategic Services veteran from World War II, who was inducted in 2005. 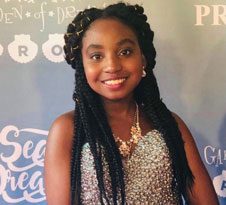