Skip to content
Community Announcements
September 15, 2022 Rick Pezzullo Putnam
We are part of The Trust Project

The Putnam County Economic Development Corporation (PCEDC) will be hosting a breakfast symposium focusing on the “Economic Trends Impacting Local Business” Thursday, Sept. 29, from 8 to 11 a.m. at the Putnam County Golf Club in Mahopac.

Following a networking breakfast there will be presentations by two experts on the state of the regional economy and its impact on local business and residents. Adam Bosch, president and CEO with Hudson Valley Pattern for Progress, will discuss “Connecting the Dots: The effects of housing, migration & childcare on the Hudson Valley workforce.” E.J. McMahon, founding senior fellow with Empire Center for Public Policy, will review “New York’s Fiscal & Economic Outlook.”

“After a two-year, COVID-related hiatus for in-person events, the PCEDC is thrilled to host a symposium with such outstanding speakers,” said Kathleen Abels, president of PCEDC. “Our goal is to raise awareness of our organization with prospective businesses interested in starting up or relocating to Putnam County, and to provide insight into economic trends and growth opportunities that will impact our local businesses, which we wholeheartedly support.”
This event is sponsored through generous donations from Tompkins Community Bank; PCSB bank; NYSEG; Ace Endico; Putnam County National Bank; Houlihan Lawrence; and Marshall & Sterling.

Tickets for the event are $40/person. To purchase tickets, visit https://PCEDCBreakfastSymposium.eventbrite.com. For more information, contact Kathleen Abels, PCEDC president, at (845) 808-1021 or email Kathleen.Abels@putnamcountyny.gov.

About the featured speakers

Adam Bosch is the president and CEO of Hudson Valley Pattern for Progress, a policy, planning and research organization that was founded in 1965. Pattern focuses its regional planning and studies on a number of topics that are important to the growth and vitality of the region, including housing, downtown revitalization, infrastructure, transportation, community planning and more.

Bosch began his career in journalism, working as a reporter and editor at a number of newspapers and magazines, including the Times Herald-Record, The New York Times, Scientific American and more. His work in journalism earned six Associated Press awards for investigative reporting, depth reporting and breaking news coverage. Bosch also served as an adjunct professor of journalism for 10 years at SUNY New Paltz.

After leaving journalism, Bosch joined Hudson Valley Pattern for Progress in 2012 as vice president of research and external affairs. He authored reports on the adaptive re-use of closed school buildings across the region, New York’s tax cap and an investigation of Rockland County’s budget deficit. His examination of Rockland County’s fiscal crisis and recommendations to solve it, earned Pattern the President’s Award from the Rockland County Business Association.

For nine years, Bosch served as director of public and intergovernmental affairs for the New York City water supply system, the largest municipal water supply in the United States. In that role, Bosch was responsible for community outreach, intergovernmental affairs, education programs and more. He served as the primary liaison between New York City and federal, state and local officials across the Hudson Valley and Catskills for issues related to the city’s reservoir system and its infrastructure. His work focused on explaining the operation, maintenance and protection of the water supply system that serves nearly 10 million New Yorkers, especially as the city pursued several large capital projects to upgrade its dams, aqueducts and treatment facilities in the region.
Bosch currently serves on the Catskill Advisory Group, a state-appointed panel that is developing a strategic framework to tackle the challenges and opportunities of increased visitation to the Catskill Park. He also served on a nationwide advisory group that is developing risk communications for perfluoroalkyl substances (PFAS) in drinking water supplies.

Bosch was born and raised in Newburgh. He earned his bachelor’s degree from SUNY New Paltz and his master’s degree from Columbia University in the City of New York.

E.J. McMahon is founding senior fellow of the Empire Center for Public Policy, a nonpartisan think tank based in Albany. He also is an adjunct fellow of the Manhattan Institute for Policy Research.

McMahon is a writer and policy analyst long focused on improving New York’s economic competitiveness and promoting greater transparency, accountability and fiscal responsibility in state and local government. He has authored or co-authored major studies on public pension reform, collective bargaining, population migration, budget trends and tax policy in New York, and has published numerous articles and essays in publications including the New York Post, Wall Street Journal, The New York Times, Barron’s, Newsday and the Manhattan Institute’s City Journal. His frequent radio and TV interviews have included appearances on CNBC, Fox News Channel and Bloomberg News, as well as on regional cable and broadcast outlets throughout New York State.

McMahon’s professional background includes nearly 40 years as an Albany-based analyst and close observer of New York State government. As director of The Business Council’s Public Policy Institute, he worked on the Institute’s counter budget proposals and developed the template for New York’s school report cards. As chief fiscal advisor to the Assembly Republican Conference in the early 1990s, he drafted a personal income tax reform plan that would become the basis for historic tax cuts enacted under Governor George E. Pataki. He also served as a deputy commissioner in the New York State Department of Taxation and Finance.

A native of Westchester County, he grew up in Cortlandt and Mahopac, graduating from what is now John F. Kennedy Catholic Preparatory School in Somers before earning his bachelor’s degree from Villanova University. McMahon began his career as a newspaper reporter covering Putnam County, initially for the Peekskill Evening Star and then in the Carmel bureau of The Reporter Dispatch. 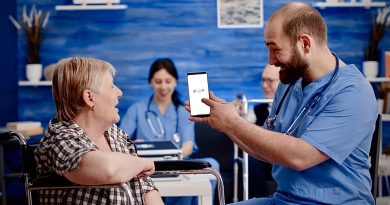 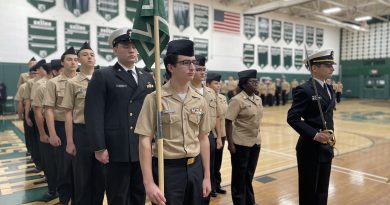