Education Government The Examiner
September 22, 2022 Martin Wilbur Chappaqua
We are part of The Trust Project

Chappaqua school officials have reduced the size of the planned facilities and infrastructure referendum for later this fall by more than $5 million and consolidated the proposed projects into two propositions.

The Board of Education and administration have removed a new cafeteria for Robert E. Bell Middle School from consideration, an estimated $7.7 million expense, reducing the potential cost to $45,325,000, if the two remaining propositions pass. The total expense includes $787,000 in capitalized interest costs.

The previous estimate for a three-proposition bond, including the Bell school cafeteria, was $50.7 million in hard construction costs. District officials continue to target Nov. 29 as the date to hold the vote.

“This is a bond that is very straightforward – facilities and safety-related – and is basically meat and potatoes, for the lack of a better term, and while we feel it’s imperative to make many of those repairs and upgrades, we’re also committed to making sure we are being fiscally responsible and doing everything we can to minimize the tax impact on our community members,” said Board of Education President Jane Shepardson.

Proposition 1, which would ask district voters to borrow up to $33,985,000, includes all of the infrastructure improvements, including $8.5 million for roof replacement at all of the district’s schools, nearly $5 million for communications and fiber optics upgrades and more than $5.4 million for new HVAC systems in all buildings.

Other notable expenditures in the first proposition are air conditioning in all of the district’s school cafeterias and gymnasiums, costing a combined $4,281,000; air conditioning for the Horace Greeley High School L Building for more than $1.2 million; outdoor bathrooms at the high school for $1,152,000; and $1,468,000 for paving at Greeley and Westorchard Elementary School.

Other currently listed projects that would be part of the first proposition are the replacement of the Greeley J Bridge and replacement of the fire alarm system at the high school; playground resurfacing; lights for the Greeley tennis courts; electronic locks at the elementary and middle schools; storage for the high school athletic complex; and a modified baseball field at Seven Bridges Middle School.

Proposition 2, for $11,340,000, including interest, would pay for a single point of entry at the high school and reconfiguration of the front office space, said Superintendent of Schools Dr. Christine Ackerman.

“This was a decision that came out of a very big process that took place before the pandemic,” Ackerman said of the second proposition. “After Parkland occurred, we had a safety task force, we had a security survey that went to our parents, students and staff, we had two independent audits of Greeley, and this was a conversation that came out of that process.”

Under the current timeline, the board is tentatively scheduled to approve a resolution authorizing the late November vote at its Oct. 3 meeting. If the public were to give the district the go-ahead, construction would begin during the summer in 2024 with likely completion during the 2027-28 school year, said Assistant Superintendent for Business Andrew Lennon.

Last week, Lennon presented the revised projected tax impact for residents. If both propositions are approved, a homeowner with a median house value of $1,250,000 in the district it would cost $451 a year for the first six years with the STAR program and $463 annually without the STAR program. For enhanced STAR for eligible seniors, their share would be $436 a year.

As other district debt declines, however, the bond would cause an average annual tax impact of $232 a year for those with the regular STAR program through the 2037-38 school year, Lennon said. There would be the slight variations for those with senior STAR and not enrolled or eligible for the program.

With district debt falling off, there would be no tax impact if only Proposition 2 passes.

Shepardson said one of the reasons the district is hoping to get the vote scheduled is because there will be a lag between the time the public might approve the propositions and when work would begin. The buildings also need the improvements, she said.

“Even though our facilities are well-maintained, we’ve had some emergency repairs and things that have to get done, we are trying to do this to be proactive and cost-effective, but if we wait a really long time, we won’t do that,” she said.

The board may discuss the proposed bond again at its meeting this week at Horace Greeley High School. 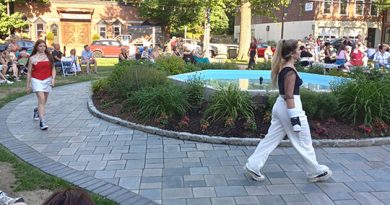